Beware the storm that gathers here...

judging by the amount of sites in various languages that originally linked to this thread and the astronomical number of page views , and the general level of interest in this synth, not for a long while...

Okay, everything is packed into the studio now. Probably the first time I've vacumed the place in six months.

Tomorrow I will be able to post some MP3s...

Nice pair. Interesting... I would have expected you to put the Moog on top!
Top

The Mini is really deep...and heavy!

Overall, it dosen't look too bad

Carbon, that looks sweet. I can't wait to hear more impressions and mp3s.
Give me the ANALOG and no one gets HURT
Top

are there any video demos about ?
Top

Carbon, are those ProLine stands? I've been thinking of picking up a 2 or 3 tier.
My tunes
Top

there's a brief video clip up on youtube, I think.
Top

wait for some dedicated pages for those two, Carbon has promised me and he always deliver 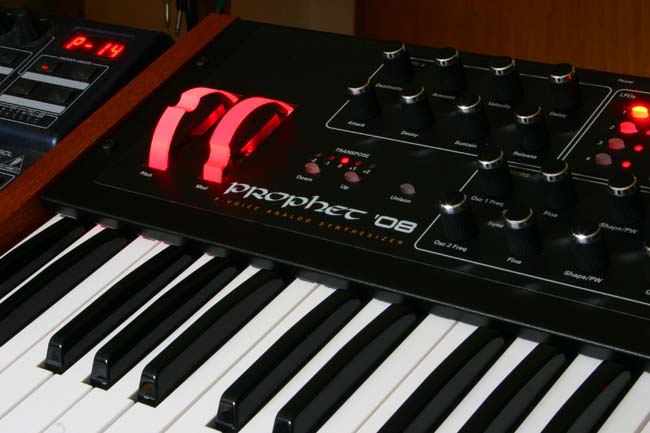 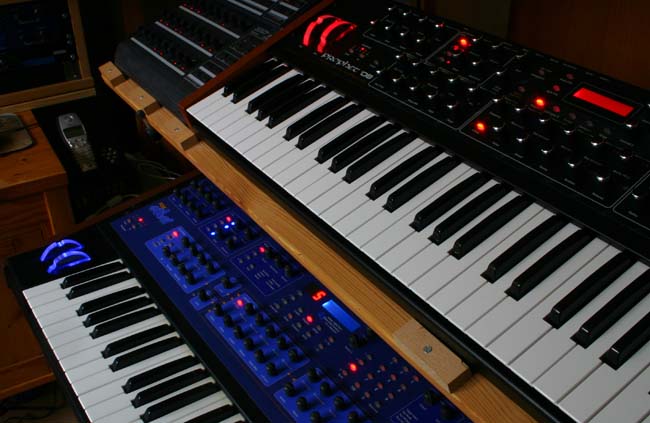 "They weren't subtle to me. They're entirely different chip sets. I'd be suprised if people -couldn't- tell the difference between simple detuned saws with slow, wide filter sweeps.

I would enjoy owning another P5 Rev 2 but never another 3+."

Back in the late seventies, I had an OBX and then replaced it with an OBXa when it came out. Peake, I've owned my Prophet 5 Rev 3.2 since 1981. I had tried the Prophet 5 Rev 2 version previous to buying the Rev 3.2 when it was released, and I'd say it was a subtle difference in texture. Possibly a little fatter than the Rev 3, but the same basic sound. My dealer told me that the early Prophets had a number of problems, and that I should "hold off until Sequential solves these problems". Buying and owning a synth back then, as it is now, for me is also about reliability. I was a road musician playing the "Hotel Circuit" as a solo act, and often times I was playing a hotel that wasn't anywhere near a city large enough to have a music store, much less a store that had a tech that could service synths. So reliability was very important; my dealer knew I was a road player. The earlier Prophets had problems with overheating, going out of tune a LOT, and weren't anywhere near as reliable as my Rev 3.2. My Rev 3.2 did a better job of emulating individual string instruments sounds than my OBX did at the time (think Cello) and the Rev 3.2 was a nice compliment to my OBX and OBXa, which did some nice fat string ensemble or orchestration sounds, for that time period. (I had upgraded my OBX to an OBXa for the additional capability it had, like being able to split the KB and additional modulation routing, etc.) Remember, fully programmable poly synths were in the embryo stage back then.

Maybe a sound designer might think that subtle difference that I perceived in different versions of the Prophets was greater than I did, but what the h**l good is a Rev 2 if it didn't work consistently, night after night, year after year? Maybe that's not as important in the studio where you could shut it off to let cool down, but as a road player, what good is a synth that over heats and is not dependable on the job? Short answer? It's not. I was happy back in 1981 that the Rev 3.2 solved a lot of the problems of earlier versions and held up to the road, and I'm happy that it still works well to this day. The difference in the sound was NOT significant, or I wouldn't have bought it.

any more demos from any recent buyers... 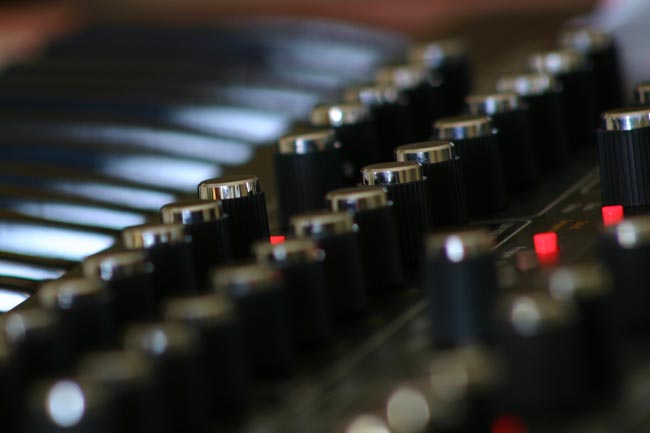