I used to play those gems on maximum volume on my Dad's old Leak Stereo. 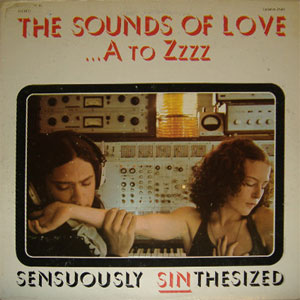 ETC
by megawatt
For me it was listening to the radio show Hearts Of Space out of Berkeley where I first heard Klaus Shultz, Tangerine Dream and Brian Eno. I used to listen to it on my walkman in Jr. Highschool in the middle of the night under my pillow.

Then later in college it was the West Coast rave culture in early 90's, the Mo Wax label and Aphex Twin.
by Synthaholic
I was in the class of 1985. 'Nuff said.

by JSRockit
Kraftwerk, Hip-Hop, and a Boss DR-660 drum machine.
by Suburban Bather
The Residents, classic rock that had synths, late 80's to mid 90's industrial, Aphex Twin, Autechre, Add N To X, and my first underground ware house rave in Baltimore.
by JMP
Dr Who theme tune (early 80's version done on the CS80 and Arp Odyssey) then Equinox by JMJ.
by Jexus by sacredcow
The Chemical Brothers- Dig Your Own Hole
by portland

by JJQ
Stakker Humanoid
by nathanscribe
A friend played me some Pet Shop Boys remixes around '87 - I'd never liked their chart stuff but the extended versions opened my ears to things a little, and I moved on to New Order and Depeche Mode. Oddly enough, it's only recently I've 'discovered' Tangerine Dream. Heard of them but never really listened before - Rubycon's on as I type. 8)
by discointellect
Kraftwerk. And not so much the music but because of something I read in some kids magazine ("Look In" or something similar I think) at the time "The Model" was released which said something along the lines of "Most bands complain that they can't get their studio sound on stage - this isn't a problem for German band Kraftwerk, who take their studio on stage with them." And I thought "Cool!". But I think I have some sort of genetic disposition to pushing buttons and loving odd noises anyway. Oh, and I loved the Art of Noise when I first heard them, so they'd probably get some credit too.
by gcoudert
Kraftwerk and Jarre sparked off my interest but it was ELO's "Time" album (1981) and Secret Service's "Cutting Corners" (1982) that made me want to own a synth and experiment with sounds.

Gilles
by downgrade
Afrika Bambatta
Egyptian Lover
Dynamix II
by AstroDan
New Order's 'Substance' was the gateway. Before that I couldn't really get into music that had "keyboards".

Incidentally - I still have the original first issue double album, compact disc from around 1988 and it sounds incredible. Impressive mastering for 20 year old digital technology.
All times are UTC+01:00
Page 1 of 8
Powered by phpBB® Forum Software © phpBB Limited
https://www.phpbb.com/