Just a heads up, I spoke with my local Guitar Center keyboard manager, and apparently the RADIAS has been discontinued. He told me he literally can't get any more, it comes up as discontinued in his system. However, there is still some stock available at some stores, and the online shops still have some.

Take this with a grain of salt (I don't know the first thing about GC's inventory system), but I wanted to let you all know in case you were planning on getting one...might want to act soon.

I know this synth isn't the most popular around here, but I bought one and think it sounds nice.
Top

Maybe it's just a glitch in the system? The Radias is relatively new (I think) and don't see why they'd be discontinued. The sales can't be doing THAT bad. You still seem to be able to order it online from them, though.
Well fffff.
Top

you can save a good $500 if you buy it used on craigslist: 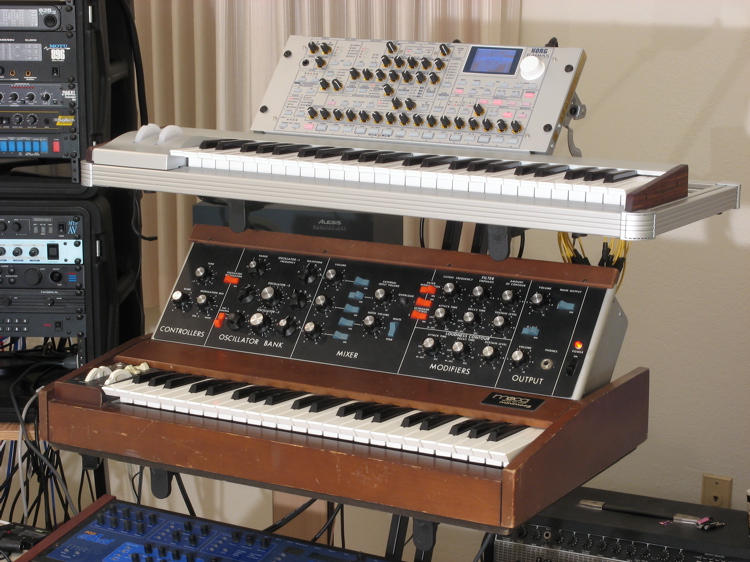 I guess this means keep an eye out for clearance.
Top

GC blew out their remaining stocks of Radias last fall...it sure would be "discontinued" as far as they are concerned

This isn't the first rumor of the Radias' demise. Still waiting for Korg to make an official announcement.
I listened to Hatfield and the North at Rainbow. They were very wonderful and they made my heart a prisoner.
Top

GC was blowing them out for $699 rack, $995 kb this time last year. I have not seen a Radias at any of the GC's here in Dallas/Ft. Worth in quote sime time. If you can find one @ GC, you might want to purchase it.
Top

I didn't realize they were blowing them out. My local GC has always had two on the showroom floor, even as recently as a few weeks ago. In fact, the whole reason I asked about them, was because they were gone. Then he looked on the computer and saw they were discontinued.
Top

Considering Korg had to sell them for a lot less than they originally though they could get for them, I wouldn't be surprised. Maybe the Super-Korg Midi-Koassilator will be coming at at NAMM 2009.
Korg Volcas / 6 x TE POs / MicroBrute / EH Space Drum & Crash Pad
Top

If not NAMM then probablly AEE.

Z wrote:GC was blowing them out for $699 rack, $995 kb this time last year. I have not seen a Radias at any of the GC's here in Dallas/Ft. Worth in quote sime time. If you can find one @ GC, you might want to purchase it.

I really wonder why Europe's not getting a bit more love and prices drop to obscene depths there. No, it's not just taxes - we pay in Euros for the rack what you pay in dollars for the keyboard.
"Part of an instrument is what it can do, and part of it is what you do to it" - Suzanne Ciani, 197x.
Top

The radias came out and I immediately felt they were trying to gimmick people into thinking it was something more than it was. Using terms like "Wavetable", knowing full well I'm sure people would relate that to the Waldorf/PPG sense, while Korg was in reality using the term in it's most literal, strict, and original definition (meaning pretty much ROM based sample play back). Numerous other things about the Radias (and subsequent R3) just spelled out epic fail to me.

I look at their current M3 and see the same thing. Initially I thought, BLIMEY, the HD1 engine of the Oasys ported over to become a workstation. The HD1 itself was a powerful beast, a darn Triton meets Wavestation meets a serious case of steroids and crack. But no, though they stress the M3s HD ineheritence, the amount the chopped off of the HD1 architecture was beyond astounding. I don't even know why they bothered trying to allude to the relation. Ultimate result (IMO), in comparison to the current Fantom and Motifs it amounted to epic FAIL.
I have no idea what Korg has been thinking recently.
I question if they've been thinking at all.

If anything, they seem to have a knack for producing low budget items with gimmicky control features that people love. Maybe they should just stick to cranking out Chaos Pads and DS-10s or something.

I hope they repackage the Radias. Same sound engine, same interface, just less of the garden chair aesthetic and wispy presets. The R3 looks pretty good, why did they have to make the Radias so ugly? I don't think it would be too much of a stretch to see them give it a facelift, they did it with the MS2000/MS2000B and the first series Electribes/mkII.

Note to designers: Just cause apple have had many successful white products doesn't mean that everything needs to be white. Or silver.
http://worng.bandcamp.com

23 wrote:The radias came out and I immediately felt they were trying to gimmick people into thinking it was something more than it was.

I guess it was impossible to have a Radias thread without somebody coming in and writing it off as c**p.

Yawn. I don't understand why people must always hate on Korg, and particularly the radias. I realize you've qualified your statments with the old "i don't mean to say they are bad synths" - but your comments allude to some idea that Korg isn't providing a good product. Was it overpriced at first? Yeah, but at $1200, the Radias is nice. Many people have tried it and don't care for its sound. Fair enough, but I played it expecting to hate it, and found that it sounded pretty damn good. Once you blow out all the c**p presets, you can start from scratch. Also Korg has provided the MicroKORG and MS2000 presets, which you can load onto your radias. For a nice clean modern sound, this synth is great....and actually if you want to get VA tones, you can.

I'm using mine for ambient drones and pads, much like I used an MS2000 I used to have. It's working well.
Top
Post Reply
29 posts