madtheory wrote:It would be cool to hear it dry from the line output. You should consider selling multisamples of it also. Well, I think you should, because I want that sound in my sampler

If you sampled this wonderful beast as meticulously and in as much detail as you restored it, I would also be interested.
Top

madtheory wrote:It would be cool to hear it dry from the line output. You should consider selling multisamples of it also. Well, I think you should, because I want that sound in my sampler

If you sampled this wonderful beast as meticulously and in as much detail as you restored it, I would also be interested.

All I can say for now is watch this space...

I have added another sound to my montage which I dialled up yesterday evening - with a little care it's amazing how many sounds you can get out of this beast - I sit in front of the real thing tinkling it's Bakelites and even then I'm struggling to believe I'm sitting in front of a -70- year old synth - surely this thing should just emit thin, annoying beeping sounds!??

There are many more sound demos to follow - I really must sort this mains hum issue out as, at present, I'm having to wind out tons of bottom end to mask it which is a real shame!

If you listen carefully you can hear buzzy artifacts on some of the notes - this is the Novachord's infamous mistriggering in some of the divders causing odd harmonics due to it randomly truncating cycles of waveform on some keys - especially the lower ones - this is the same effect you can hear in Phil Cirocco's first restoration demo sample. The irony is that, to my ears, I rather like the eerie effect it produces - a perfectly calibrated Novachord would not do this. I've struggled to tune her as best I can for the timebeing - but again I rather like the detuned effect into a reverb - it gives it a wider sound. The issue is that currently some of the tuning cores are right at the end of their travel and need to go further to gain decent tuning. They need to be centred by changing the value of a small cap clipped into each oscillator. This is easy to perform but I'm currently out of suitable high voltage caps.
Last edited by HideawayStudio on Fri Feb 12, 2010 5:51 pm, edited 2 times in total.
H.I.D.E.A.W.A.Y S.T.U.D.I.O
http://www.hideawaystudio.co.uk
https://soundcloud.com/hideaway-studio
The Home of Novachord #346

holy c**p, that thing sounds amazing!!!!!
Don't feed me Indian, you WILL regret it!
Top

I am sooooo in love with this thing!!!

I've had another lengthy play with the beast and conjured up some more sounds which I've added to my ever growing demo montage (now issue e). This includes a really creepy sounding choral ensemble followed by a quick play with some of the (few!) working notes in the bottom two octaves and leading onto some more shimmery stuff. Both the extreme highs and lows on the Novachord are clearly very special indeed. Some of the huge ensembles you can create with this thing almost leave me in tears!

I've just removed the rebuilt PSU for inspection and to my relief there is zero sign of any excessive heat. I also took the opportunity to fit three 2uF 400V smoothing caps - two to the main 270 volt HT rail and one to the 70V rail.

This has reduced the mains hum by a few dB. It's become apparent that the Novachord's preamp is quite bass heavy which is making the mains hum issue more obvious. By adding the caps I think the hum levels are now sufficiently low I can notch out the rest.

I have had a further play with some of the working notes in the bottom two octaves - rather curiously most of these are on the black keys. The bottom end sounds absolutely gorgeous - especially into resonance. The Novachord can produce an amazing growl/drone which sounds fantastic on sustained string/ensemble settings and drop dead gorgeous when part of huge sustained chords. Where it's less useful is for bass lines IMHO. This further adds to my general opinion that this is essentially the mother of all string synths.

A Warm Glow From the PSU Tubes: 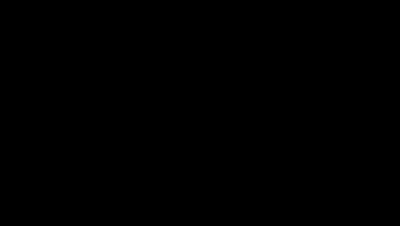 No better man for the job

In the process of making some recordings of various timbres from the beast I realised that the Novachord doesn't just have envelope control consisting of the attack and sustain, there is a decay element too! Having seen the US patents it really does seem that Laurens Hammond developed the theory of controlling dynamics over time ie. the ADR envelope in the mid 1930's. Remember that although the Novachord was released in 1939 she must have been on the drawing board years before then.

I've just had the first sample programs back from Steve at Hollow Sun and I must say I'm very impressed - he's done a marvelous job of capturing the Novachord's signature sound and presenting it in a very usable way.

This is really motivating me to produce a whole load more raw material for sampling. This really is a rare opportunity to capture something so very unique.

One of the things I've to do later in the week is to move my generator chassis from it's "tombstone" service position back into it's normal flat position. I need to do this as I want to spend some time recalibrating the oscillators and divider circuits and these components are in the top of the chassis.

I have never made this move before with all 72 keying circuit springs in place and this coupled with the sheer weight of this chassis (around 150Kg!!) naturally I'm rather nervous about it! If the chassis is out of position by only a few millimeters on it's way down the polished wooden front control panel will collide with the back of the keys and could result in some horrible damage. It's very hard to carefully maneuver something so very heavy into position by hand. This is made worse by the fact that only some parts of the chassis are strong enough to grab hold of ie. only the side plates.

Amongst many things, I am due to do the following characterisation work which, ultimately, might just help one or two clever bods to model the sound of a Novachord in software:

1. To capture the raw oscillator waveforms
2. To characterise the resonators and determine each LC stage centre frequency and Q
3. To capture a typical divider waveform
4. To capture typical envelopes for each attack and decay position along with the sustain decay rates
5. To determine the vibrato period, the frequency shift and symmetry caused by each vibrato reed
Last edited by HideawayStudio on Thu Nov 19, 2009 9:33 pm, edited 4 times in total.
H.I.D.E.A.W.A.Y S.T.U.D.I.O
http://www.hideawaystudio.co.uk
https://soundcloud.com/hideaway-studio
The Home of Novachord #346

Best of luck with the move!!!

b3groover wrote:Have you considered making an impulse capture of the filters?

I intend to feed the filter network with a swept sinewave and plot the response with each filter set at it's max resonance position in turn.
H.I.D.E.A.W.A.Y S.T.U.D.I.O
http://www.hideawaystudio.co.uk
https://soundcloud.com/hideaway-studio
The Home of Novachord #346

I can't say anything else

Never imagined that it could sound like that, with such complexity.

What would be the opinion of the novachord players of the past.? Have you show these sounds to somebody who played one decades ago?
His sex dungeons are rumored to hold hundreds of people in secret locations around the world.
https://soundcloud.com/balma
Top

I've just caught up to this thread. And the demos!

clubbedtodeath wrote:I've just caught up to this thread. And the demos!

It's one of few inanimate objects I've fallen in love with, despite it's technical issues!

I have recorded a set of chords/pads for you all to tinker with in your samplers - you all still make your own samples - don't you???. They -are- recorded wet - if this is not your cup of tea then you will have to wait for the sample archive to be released - and then you can make your own and process them how you wish

If you do use them - remember to leave a credit