Does anyone know what gear these fabulous producers use?

The mystery of such a repetitive, yet beautiful sound is almost best left secret......

But still, this is a question I've been pondering for quite some time now, and I'm just itching to know!

I think the Roland Space Echo effects feature very heavily on a lot of this stuff.
Discogs FOR SALE
Top

Interesting..for some reason that was my guess also. Even though I havent heard any demos with synths running through the RE-201. Is the RE-201 capable of doing both delays AND reverb? I notice alot of complex delays going on, that's probably how they're able to get away with using a single chord stab that weaves in and out of the spectrum like that.

They must use something besides the 303's too, because there are alot of tracks they make with repeating one-chord bars. The synth chord/stab is actually the sound I was wondering about, not so much the 303's, which, on the other hand, are pretty distinguishable.

Yes, the RE-201 also has a spring reverb. Maybe the polyphonic synth could be a Prophet 600... just a guess.
You could also try out a Korg Z1 for those sounds.
Top

maurizio uses a prophet 5, as evinced by this picture

on the early bc and main street records they used a dx100 for bass. not sure if they were using a prophet 5 back then, but they were definitely into sequential circuits

whatever poly synth they used, those trademark stabs were sampled from it and sequenced with a studio 440

Cool picture of Maurizio! I can't think of a single track that uses a 303. Only the 301/501/555 series space echos let you reverb the delays, not just the incoming signal. I've made some pads on the prophet VS that sounds very basic channel like.
Top

colmon wrote:maurizio uses a prophet 5, as evinced by this picture

Well, no WONDER his music sounds so good!

I'm able to get a very similar sound on my JX-3P with ample bouncing delay and reverb.
Top

some classic dubchords during the years are sampled over and over and reused in many tracks.
nowadays with 3-6 osc vsts with fully equipped fxs you can easily create That Sound.
MPC1000, Nord MicroModular, Roland-SH32, EMU X-Board 61
Top

More offtopic, but the guy in the picture is Moritz von Oswald; Maurizio is the project of his & Mark Ernestus rather than him being "Maurizio"

I'd never heard Basic Channel before, but thanks for making this thread! I really dig the sound.

FWIW, the effects pedals in the pic above are EHX Holy Grail reverb, Boss RV-5 reverb, and an Old EHX Electric Mistress flanger. 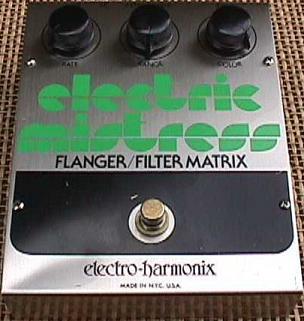