Nothing terribly fancy here, I made some new wood ends and repainted the ubiquitous microkorg, but I think it's a big improvement over the beige.

Also just to clarify, that JX3P I posted earlier isn't mine, it's by customsynth

agreed, nice work!
i had fun once. it was AWFUL.
http://futureperfectmedia.com
http://facebook.com/spacebarcolumbus
Top

Thats how the Andromeda should look! if i would have seen that instead of the actual design i wouldnt have worked past it in sam ash missing out on my chance to play one (this was when i first started getting into synths and thought alesis only made cheap stuff....

Cause mk mods are so tempting...

A quick search shows heaps of custom microkorgs actually,
Are they super easy to pull apart and rearrange?

Could be fun to join two together

AHAHAHAHA, have i got a custom job for you!

I'm really not sure what the h**l you're gonna think when you see these photos...

One of my An1x's (My original one) had been gigged since the day it was bought, it was battered, half of the paint had come off, several knobs and even a few keys were missing, the battery was dead, it was pretty b*ggered basically.

I sent off to Yamaha UK to get some replacement keys and the springs that go beneath them, and, as I had the thing opened up to replace the keys and change the battery...a devious plan occurred to me.

I ttook everything out the case, sprayed it fluorescent pink, and added some custom decals insiting whoever is playing to "TWEAK ME!", a decal with my band logo, a few new labels round the back to mark the ports (all in a rather nice pixelated font) and the piece de resistance, a freshly photoshopped YAMAHA logo on the back :p

These pics are work in progress, i have another sheet of decals to print, with rather mundane stuff on (like the letters for the control keypad, etc) and the thing needs to be finished off with some new replacement knobs.

Now, for the volume and selector knobs, i've bought these rather nice knobs:

However, for the 8 Main control knobs, that do all of the cool cutoff, resonance, envelope shaping stuff, everything synth related really, i wanted something really special, so 8 of these normal knobs:

will be covered in PINK FLUFF!

Anyhow, enough with the suspense, and onto the pics! Sorry about the crappy quality, my phone camera is bad, i had to despeckle the images in photoshop so they're a little blurry.... 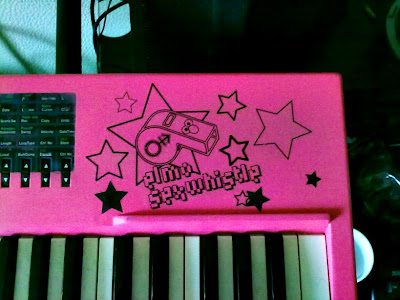 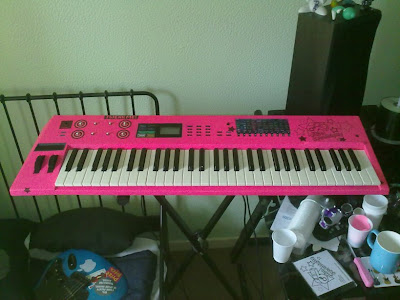 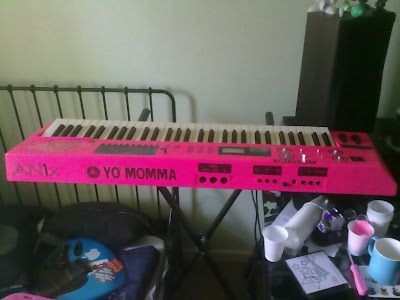 Posted this before on VSE. Customized a Moog 1150 Ribbon Controller.
Stock looks like this one:

Made a body out of red mahogany and added some extra controls:

your image links need to be the actual file, not the page.

Last edited by space6oy on Thu Sep 29, 2011 6:56 pm, edited 1 time in total.
i had fun once. it was AWFUL.
http://futureperfectmedia.com
http://facebook.com/spacebarcolumbus
Top