DX200s blow out, hard to find, nobody even notices, FS1Rs unavailable prices.

TB-303 yeah right, what is your digital holy grail?

Fizmo and Kawai K5000s always interested me just cause I looove me some spacey etherial digital pads, don't know if I'd have the patience to work them out though.

Digitals of the past don't do too much for me. I've had a bunch of them over the years.

Casio CZ5000 was my first synth ever, and it's biggest limitation was lack of modulation routings. No velocity, no AT, LFO only to vibrato. The 8-stage EGs were cool but at the time I knew nothing about sound design so I never really got deep with it. The 8-track sequencer was cool, though. Because it was my first, I have a soft spot for it but no desire to own one again.

Yamaha FM was a disappointment, had both 4 op (FB01) and 6 op (PLG150DX board in a Motif ES) and the only sounds I really enjoyed were the metallic textures. 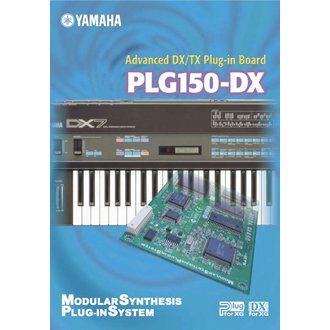 I also had the PLG150VL (ugh) and PLG150AN (really sweet) boards for the Motif ES. The fatal flaw of the PLG system was that programming required a computer and user patches were in volatile RAM...every time you turned the ES on, you had to reload the patches! 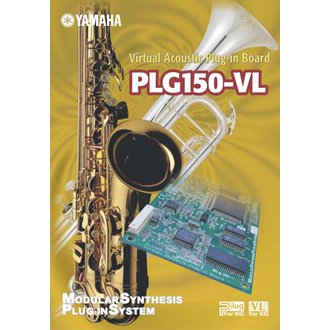 The PLG150VL was a very reduced version of the VL1 due to processor limitations of the time. It was monophonic and only stored six user patches. The wind sounds were cheesy but with a breath controller you could get very expressive with them. String based sounds gave interesting clavs and such but were crippled by being monophonic. Programming was cryptic and even doing crazy stuff like combining a brass mouthpiece resonated by a piano body or a string resonated by a trumpet pipe didn't come up with very useful sounds. 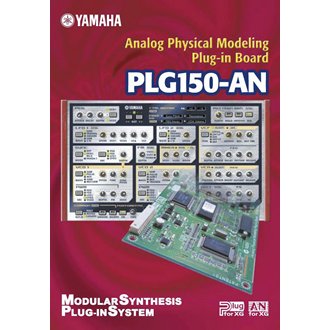 The PLG150AN was a total heartbreaker because unlike the AN1x itself, setting up the step sequencer (pitch, velocity, gate and CCs) and "Free EG" (4-channel modulation sequencer) was painful. The Free EG curves had to be drawn by mouse, unlike the AN1x and AN200 simply recording knob motions. It was doubly painful since you could use the ES knobs for real time control but not for programming

Kawai K5m was a total disaster. Hard to believe I traded an Odyssey for it.

The sort of synth that gave digital a bad name...thin, brittle, cold. Additive synthesis is interesting (I like Razor and Alchemy) but the K5 just didn't sound good and programming was a nightmare.

I have much fonder memories of the Korg O3 Symphony, a true ROMpler...no filters, no EGs, nada! That one is a real rarity, looked like a midget M1 with no keys.

It came with less than a dozen sampled sounds: two types of strings, brass, pipe organ, choir, "jazz combo" (a split of drums, string bass and guitar). There were ROM cards to add more sounds, I had the Groovy Piano (seriously) and another with orchestral winds and brass. It only cost me $99 as a blowout from Sam Ash. Hooked up to my CZ5000, I gained a bunch of decent (for the time) sampled sounds and could be sequenced from the CZ (8 part multitimbral). I had to sell it along with the CZ to afford my SQ80.

The one I liked the most was the Ensoniq SQ-R, the junior member of the VFX transwave family.

Full of all the breathy, gauzy, spacey sounds that samplers and the D50 ushered in. Programming with a two line LCD and cursors sucked compared to the huge display and soft buttons of the VFX, though. Maybe I'm just a ROMpler guy? I kept both Ensoniqs until buying the Motif ES in 2005, which blew them away sonically.

I love the idea of multiple digital engines in one synth and the Korg Kronos is awfully close to my ideal but falls down in a few important areas where Yamaha still rules...real time controllers, DAW control, sequencing and audio interfacing.
I listened to Hatfield and the North at Rainbow. They were very wonderful and they made my heart a prisoner.
Top

Excellent critique of all of those nasty old synths

Did a lot of work with the sounds, agree about limitations. CZ-1 is a lot more fun. Virtual CZ is even better.

Yes K5 is awful, but to me it was as awful as a DX-7. I quite like FM8 now, using DX presets as starting points.

Had an M1 for a while too, grew to like it. So Korg Legacy Digital is fun.

But I enjoy most stuff, everything has a usable sound

I'm loving all the digital modular gear that's been coming out recently, stuff like Braids, Mysteron, Echophon, Erbe Verb etc. I think it would be easy to have a completely digital modular system and be very happy with it now.
http://worng.bandcamp.com

I've owned a museum of digital rushes of blood to the head in the last decade. The MS2000 has been the most enjoyable and useful for me.
Top

2. Yamaha SY-99. If the interface dosen't drive you nuts, this beast can be a sonic rabbit hole.

4. Alesis QS 6,7,8 (first versions). I keep posting these as 'favorite synths' because they're like Swiss Army Knives: in a pinch, you can fake almost any sound.
When the wise man points to the stars, the fool looks at the finger.
- Confucius
Top

Within the past six months, I've acquired

I'm snapping up any CZ gear I see for cheap, almost snagged an RZ-1. It's coming back, I tell you! But I also love the sound.
Walter Ego

This would be a nice all-digital rig: Add a Rene or NW2S::b to sequence it as well.
http://worng.bandcamp.com

The engineer in me finds the thought of that signal path horrifying.

piRoN wrote:The engineer in me finds the thought of that signal path horrifying.

Yeah in theory, but everything there sounds like what it's supposed to sound like. You'd only notice if you were doing feedback patches, then you'd get a bunch of comb filtering.
http://worng.bandcamp.com

But... but... Feedback patches! Isn't that like half of what modular is about?