That is one gem for sure. Great that it's back in service.
Walter Ego

Funny to imagine, that synth is as big as my entire kitchen including cupboards
Top 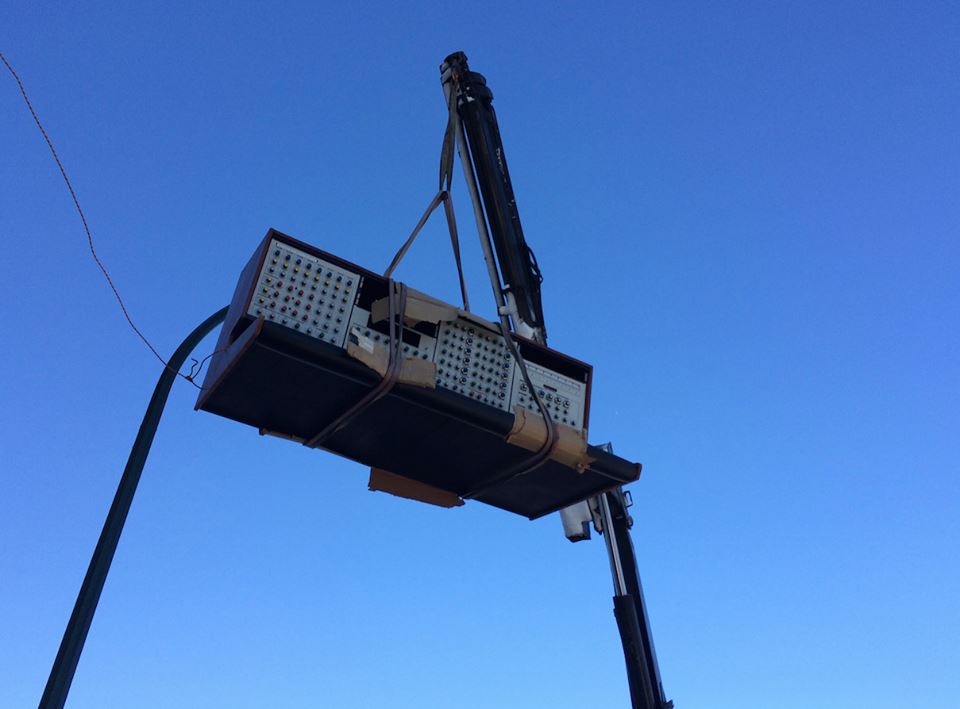 I'm glad they eventually got round to it, but for years people (myself included) had been trying to get them to restore it, or even to just find out what was working and what needed to be fixed and they flat out refused. They were more interested in it being a museum piece and weren't interested in it being used as an instrument at all. Glad that years later they changed their minds, but the university don't deserve any praise for what they've done, if they'd listened to people and started earlier there wouldn't be as much decay to repair.

Also, they weren't prompted to repair it by renewed interest in modular synths, they did it because the university basically scrapped the Percy Grainger Museum, making all but one of the staff their redundant because of the Liberal governments stupid cuts to Universities, so the Synthi was basically homeless.
http://worng.bandcamp.com

Yeah but it's great that it has been fixed, and to be honest in this economy with this PM that's nothing short of a miracle.

Is this the same one that the Vic College of the Arts have or is there two in Melbourne?
Top

I don't know of one at VCA. But VCA is part of Melbourne Uni now so who knows?
http://worng.bandcamp.com

Yeah could be. I know there's one been in storage at VCA and have heard of the one at Grainger museum (which seems to be this one), just not sure if it's the same one.

There's also a massive System 700 at VCA which really should be rescued too. Imagine those two restored and in a room together!

The Synthi 100 at UoM was originally in the Grainger Museum (March'73) I moved it to one of two studios at the rear of Melba Hall in '76 along with an Optronics mixer and 8/16track Optronics tape machine.The other studio was equipped with two VCS3's a Synthi A, and 2tk, 4tk & 8tk Otari tape machines. In the 1986 Melba Hall renovation the two studios were re-distrubited into as less functional arrangement. The digital era was progressing at an astonishing rate and by 1988 the Synthi 100 and Optro equipment went into basement storage. The Synthi was stored a few years at the Institute of Education, a few years at Berkley St annex and in 2011 was stored at the SRS studio at the VCA. Mid way through 2013 the VCA Interactive Composition students had expressed interest in the Synthi. In 2014 was a year off retirement and a restoration (rescue) proposal was proposed to me. This was a last chance opportunity for me to refurb the old Synthi and share the "Analogue Heaven" of the 70's with upcoming composers.
Yes its the same Synthi 100 #3010 the tenth manufactured and a happy ending. See the ABC storey:
http://www.abc.net.au/news/2015-02-19/r ... ed/6145180
http://vca-mcm.unimelb.edu.au/events?id=870
LesC. Tonmeister_AU
Top

This truly is the stuff that nightmares are made of.

The one that's been in Russia went to garbage
Top

That was the Synthi 100 that followed Tristram Cary over from the UK when Tristram took his position at Uni Melb to start the Electronic Music studio. I recall him saying that he spent a lot of his time instructing students - and staff - how to use use it. There's a vinyl somewhere of works from that same EM studio, a lot of it realised on the S100 (including Grainger's Free Music mentioned on the Uni Melb link).

philip wrote:The one that's been in Russia went to garbage

Sad, although not surprising.

This must be the one on the back cover of this record, which blew my mind as a kid. philip wrote:The one that's been in Russia went to garbage

Sad, although not surprising.

This must be the one on the back cover of this record, which blew my mind as a kid.

What is intriguing about this synth - is that it has 3 x VC3's (and a whole lot more) - watching that really disappointingly short video from the ABC when he played it - I noticed chords!