I thought I'd share something a little more unusual...

After much toil I have returned to life a rare late 60s Cordovox CG polyphonic all tube instrument having built a custom keyboard console to drive the large all tube divide down generator.

A 100 way harness was built and grafted onto a keybed rescued from an old organ cut down to 3 octaves and housed in a custom cabinet made by Chris Pretlove. The underside of the generator chassis is an insane mass of neon trigger bulbs, chaotic space wiring and custom integrated passives!! Its hard to think the 1939 Novachord has almost three times as many tubes as this wacky beast!! As well as the custom keyboard console the system has been modified to have variable speed and depth vibrato, a direct line output, and a tube overdrive stage. The PSU and tube PA is housed in a third cabinet.

cornutt wrote:Interesting! So was this originally built into a console of some sort?

The Cordovox CG series was originally a range of electro-acoustic accordions packaged in a similar manner to the Farfisa Transicord except that the early CG models were tube/valve based. In this case the accordion controller and umbilical was long lost leaving just the main generator and PA cabinets.

Fortunately the Accordion Controller is little more than a single bus bar keyboard and a series of "tab" switches so building a replacement synth style keyboard for the instrument was feasible albeit time consuming as there are 100 connections between the the keyboard and the generator assemblies. A donor keyboard assembly from an old organ was modified and cut down to three octaves and a series of switches mounted over it.

On hearing a demo of the instrument in original form I quickly got thinking that the electronic assemblies might well make the basis for a unique tube keyboard instrument. Holy c**p! You were supposed to wear that around your neck?

No, the unit sat on the floor and a fat cable connected it to the accordion.

I knew a few guys who had Cordovox rigs. One had a stand for the accordion so he could play it like an organ. When driving the external unit, you didn't need to operate the bellows.

In the bottom photo you can see the connectors for the umbilical cable on the right. 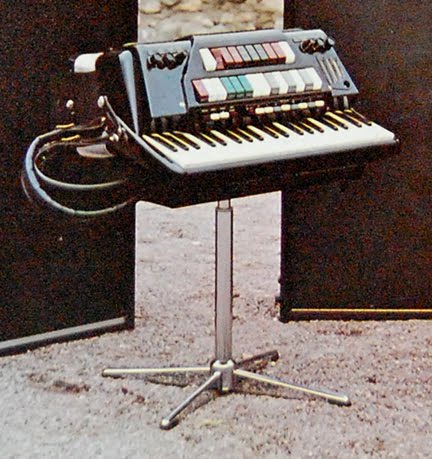 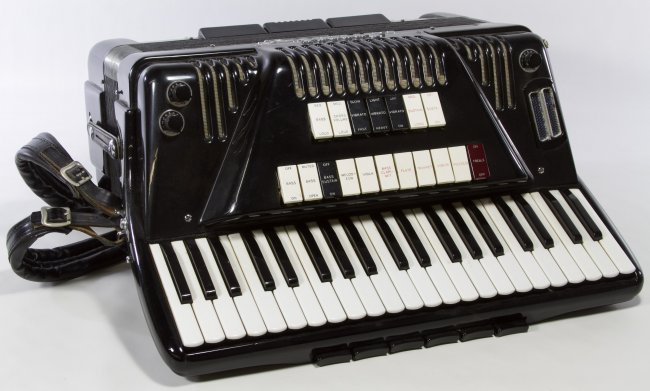 These are precursors to the MIDI accordions made today by Roland. The beast is soon to be with its new owner for an exciting new life..

It certainly looks very pretty in the dark with around 65 tubes glowing away... Hi, I actually just set out to build a cordovox synth and stumbled upon this which happens to be pretty much exactly what im doing! I was wondering if after all this time you still have the pinout for the controller umbilical cord it would be a huge help!
Top
Post Reply
9 posts • Page 1 of 1