A forum for discussing the pros & cons of buying a particular synth and for advice on buying synthesizers.
Forum rules
READ: VSE Board-Wide Rules and Guidelines
Post Reply
21 posts

I would think one of Casio's CZs, like the CZ-1 could pull all of these off ..
Top

there's a '70s preset synth a little ways into the vid in the thread below that i thought of immediately when i read this post...

Scories wrote:Thank you very much. There's one of these synths being sold for 350$ nearby. Hope it's still available....

No I don't know, but i don't believe it sholud be much different. By the way, I payed $120 for mine. For $350 it has to be in very good shape.
mis psiquicos y yo
In electronic music, sequencers are as important as synths, they all modify your composition and playing
Top

Following is a review from another happy X-705 owner:

"It has full drawbars for top and bottom. It also has a string/cello synth (polyphonic), like the Elka Rhapsody, available on both manuals, as well as a "piano", and "harpsi". There are a few organ presets and synth presets (polyphonic) for the top manual, and a position where you can create your own organ sound. There is also a very cool, cheesey mono synth voice on top, with controls for filter cutoff, resonance, portamento, vibrato, attack, and release. There are a dozen presets for this, which can be modified if you press the "var" button. They range from surprisingly good imitative sounds (trumpet, etc.) to spacey things. Very Superfly. All of these elements (except organ + polysynth) can be layered for some really queasy textures! Not only is there an analog rhythm machine (presets), but also[a] fairly sophisticated auto accompaniment which follows the chords you play on the lower manual. This auto accompaniment section has it's own set of analog synth generators for "piano", "brass", "guitar", and "bass", and several modes of use. There is a spring reverb, and also release sliders for many of the sounds, including the organ, which gives a spacey sound like a plaster echo chamber. You can play bass in one octave of the lower manual, or switch to the pedalboard. There are controls for an Elkatone leslie, but the connector is incompatible with my Elkatone, sadly. So, this thing contains a poly synth, a mono synth with controls, 2 organs, 2 string machines, two clavs, two pianos, 1 manual/pedal bass, separate generators for accompaniment bass/guitar/piano/brass, and a full kit of analog drums! The inside is beautiful, with the many circuit cards neatly held into place with a clever system of braces - looks very durable. Only weak point is tab switches...

Edit: tossed in a pic! I'm hopefully picking one of these up before christmas. 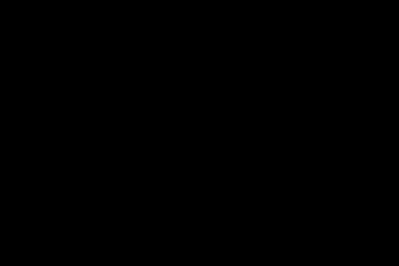 The brass sound seems to be very convincing. Thanks for the suggestion and review excerpt.
There's even one for sale not so far from here... but at 1999$, I'd rather take a Crumar Multiman with a few effects.
Top

Another vote for the yamaha sks. Exactly fits the bill! I'v got a bid on an sk20 at the moment. Fingers crossed!
"On the following day , the sorcery undespairingly continued: I changed my series, chose other sequences, cut other lengths, spliced different progressions, and hoped afresh for a miracle in sound." (Stockhausen)
Top
Post Reply
21 posts