A little while back I shot out and programmed Townhouse Studios AMS RMX 16. This was the same unit used on many landmark records by Kate Bush, Peter Gabriel, Phil Collins and others. It took ages to edit everything and organize all the assets but now it's complete and I can present to VSE a whopping 194 individual impulse responses of the AMS RMX 16.

Unlike other attempts, each decay time has an associated EQ setting, because the onboard RMX 16 drastically changes the reverb tails and overall tonality. With this library, you can now correctly model the distinct behavior of the RMX. Every reverb algorithm was sampled and everything is organized in a simple to read naming scheme to make loading impulses a breeze. This library will work with ANY convolution reverb that can load stereo wav files (Space Designer, Space, RV7000, Revolver, IR1 ...).

It's available now at:

A quick drum sample and official copy below: 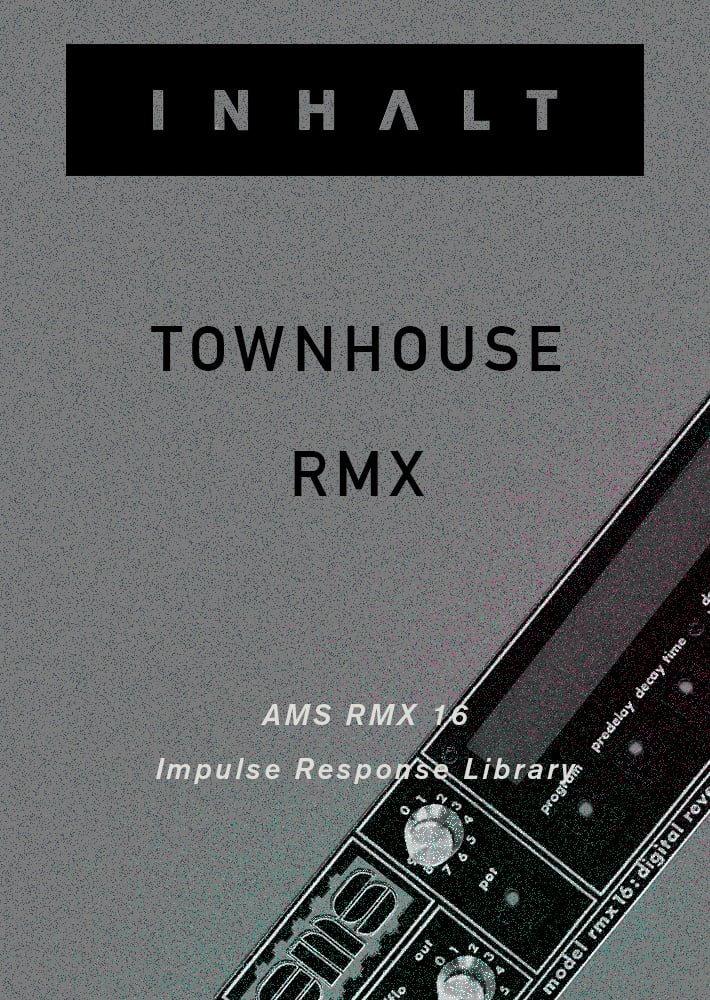 “Transport yourself to that glorious era of patching the AMS up on the SSL. This impulse library is as close to the real thing you can get.”

The AMS RMX 16 we sampled comes from the infamous Townhouse Studios. Townhouse Studios was originally built by Richard Branson to be the hub of Virgin Records. This very unit was used on breakthrough records from Peter Gabriel, Kate Bush, Phil Collins, Duran Duran and many other major recordings from the 80s and 90s. Interestingly, the AMS itself, with its legendary NonLin setting was designed to emulate the gated drum sound developed at Townhouse on Phil Collins’ “In the Air Tonight”.

Compared to the actual hardware, these impulse responses, to our and the ears of other major producers, exude the realness, depth, and three dimensionality better than DSP emulations of the RMX. During critical listening tests conducted in several major recording studios (with real AMS RMX 16s in the fx rack), we were throughly impressed with the accuracy of the impulses in completely capturing the unique sound of the RMX 16.

The impulse response library is organized in an easy to read manner and all relevant information is in the file name itself. For example, Plate_0.1s_-2L-2H.wav let’s us know instantly that it’s the Plate algorithm, at a .1 second decay time with a -2 setting on the Low EQ and a -2 setting on the High EQ. Because of this organization, it’s very quick to find the exact setting needed, just like punching the big square buttons on the actual AMS RMX itself.

Wow. Thanks!!!
I listened to Hatfield and the North at Rainbow. They were very wonderful and they made my heart a prisoner.
Top

Here's a long demo of many of the algorithms.