That thing iznt hot, itz the wakkest shizzle on my nizzle yo dawg hahaha
beat kangz can suck my wang
Top

Translation for those that do not understand non-afro american old dude trying to speak the "fo shizzle my nizzle language" language.

Your spelling is inadequate. Pity there's no spell check on meme generator.

It appears everybody in this thread has out virgined each other.
Brains can be used like a "stress ball," but only once.
Top


tallowwaters wrote:It appears everybody in this thread has out virgined each other.

The cool guy has appeared right on time. The threads needs have been met.
"*Automatic Gainsay, you ignorant slut." - Primal Drive 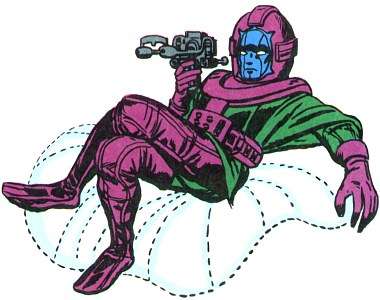 it will be available for Spring for $1k.


No special features...for twice the price of the Electribe ESX
His sex dungeons are rumored to hold hundreds of people in secret locations around the world.
https://soundcloud.com/balma
Top

Does the Electribe have on-board mastering for more BANG? I always felt my tracks were lacking in BANG.
Top

the sampler is cute, but honestly I don't understand half of what they are saying. I'm BANGING my head
It comes with 256 MB of memory.

Any idea of onboard effects?

Synthesis? ADSR, LfOS, filters????
His sex dungeons are rumored to hold hundreds of people in secret locations around the world.
https://soundcloud.com/balma
Top

Legitimately talking about features is cool, but I will not suffer another poor a*s BeatThang bashing with all the hip grandpa malapropisms...
Brains can be used like a "stress ball," but only once.
Top

i joined their forum a week or two ago. i'm zb303 - check it out. i basically joined as a joke, but also out of curiosity. i don't know how much of a reality the hardware version will be, and some people on the forum are very PISSED about the software not living up to what it originally boasted.

they actually had a post about lowering the price. some guy had a whole bunch of gear, and already had the software said he diddn't mind paying $1000 to get the hardware, he just minded the waiting. i responded with my opinion, which may be completely wrong, but seems right. i might have looked like an a*s, but all they know is a screen name, so no biggie. i don't think that guy is even on anymore... anyway, here is a sample of my online adventures on the beat kangs site:

(some guy)...But that doesn't erase the fact that I'm seriously thinking about buying the Beat Thang hardware. I don't have a problem with the price, the only problem I'm having is THE WAITING!!!!

(me)...don't underestimate the software! if the reason you would want to add the hardware to your setup is to get better sound quality, get a midi controller instead.or maybe a laptop? the only difference between the samples in the software version & the samples in the hardware version is that the hardware samples will pass through a digital/analog converter to the outputs. if you're playing live, then great. if your in the studio, why convert to analog and then take it back in through analog/digital converters again through your interface? if you stay in house, you'll preserve the quality of the samples better with what you already have. and if you have a budget soundcard & interface...well...you get the idea. on the other hand, the hardware's probably a lot lighter than the mpc, and easier to gig with? but for 10x the cost of the software...

(me) i'm going to be honest here...i don't really know what you just said.

Faness wrote:
Look why dont they jus make a midi controller that also works with the software like machine for those who cant afford the hardware, but make it wih midi in and out for sequencing/interfacing feel me im shure aja can make that happen its jus gonna be some time.......thats why yall beat kangz need to put me on the product development team!!!

(me)this is a great idea. that way if you're like jowes and you already have the software, you can still get some of the benefits of the stand alone's live capabilities without going the extra mile and then being stuck with two separate but near identical peices of gear(especially if it functioned somehow as an audio interface and had individual outs). not that you couldn't use the software for digital production and the stand alone for live performance strictly...although why you would want to go that rout with anything digital/sample based is beyond me, unless it's got bitchin aliasing!

(nadir wrote:
I must say officially, gentlemen, the Thang is coming VERY SOON... )
lmao @ this being one year ago

~ as an aside, i'm pretty sure the contests are a ascam. they got threx hooked and gave him a consolation prize of a small amount of money, but diddn't pay anyone else yet. threx has to get through a bunch of other people before he gets to "battle" dopesound productions and pay an entrance fee each time. pretty sure they're pool sharking him, especially since they diddn't pay anyone else and he's obviosly...exccentric. they know what they're doing...

oh, and ONE MORE for the record.
this is directly after i commented on a topic that looked A LOT like a scam. i asked the poster to tell me how the "contest wasn't a scam, to which threx(who i actually find amusing and harmless) replied:

lol, threx doesn't realize that my comment is indirectly looking out for him. but that's ok

maybe it's real, but it's worded very suspiciously. mechanix, did you give them money?
zb303

The idea of a black dude being afraid of Masons is pretty hilarious.
Top

oh, it's so great. he makes music video's about it, and some of them have count chocula. he's not bad i guess, but i'm not that into rap, so i really can't judge. his catch phrase is "um so sincurr," and it's in most of his posts. i asked him to show me a song, told him i diddn't think he was sincere until count chocula made an apearance, and he called me a fag, so i complimented his music.


_btw, this is probably what the beat thang sounds like in application, although i'm not sure if he used anything else, or if i could ask him without that resulting in a death threat

There's an actual freemason building in a city next to mine. Apparently it's just a bunch of old guys getting drunk. It's always covered in graffiti like "NWO HERE".
Top
Post Reply
32 posts