I'm going to post this repair I did that I'm struggling with one last stupid thing - the Foxtrot/Tango preset doesn't work (silence). This repair was to fix the obvious battery corrosion on the board traces which has been an issue for about 9 years since it was purchased. When my friend first got it, I recall the Rock I preset never worked. The machine sat for most of its life in the studio doing nothing because every time we fired it up, something else would go wrong. And I finally decided to take a crack at the trace repair last week. 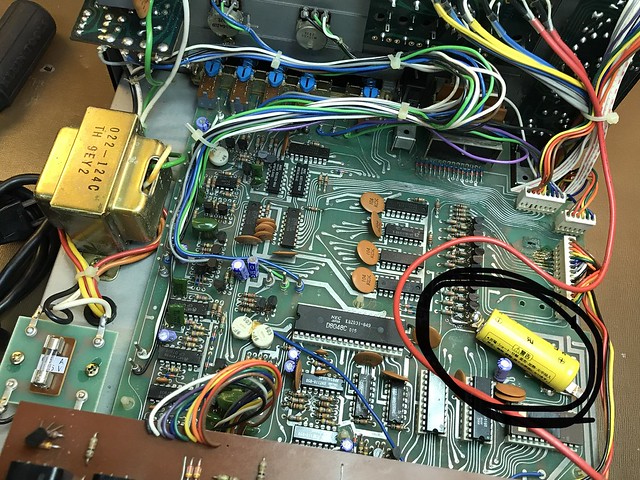 Here are some shots of the rotten traces... some don't look that bad but they were broken down the line a little further. 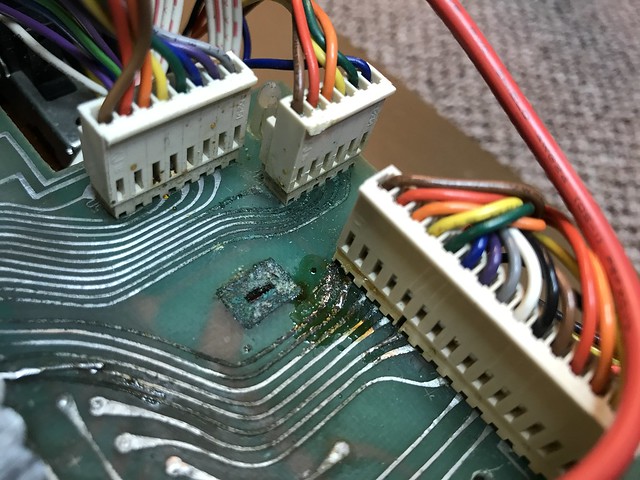 This is the repair I found after I got the board out, which I guess makes sense but I don't like it: 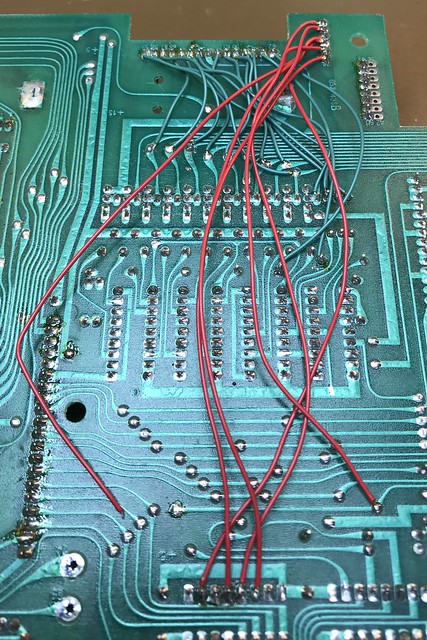 Here are most of the traces repaired: 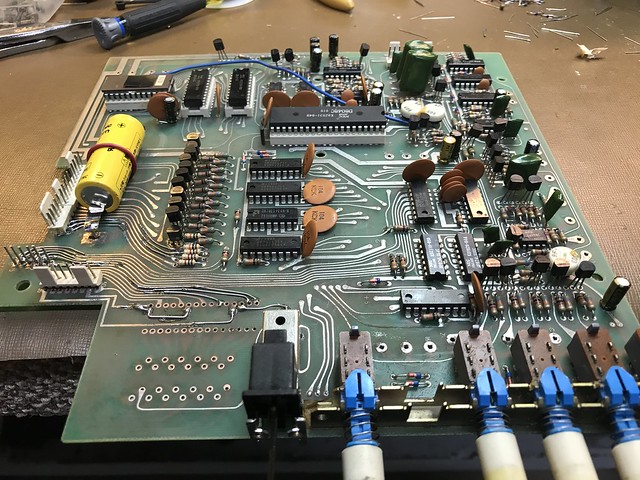 Here are all the diodes replaced for the instrument selector; I used some wire sheathing to keep them from touching the trace repairs underneath now that they're raised: 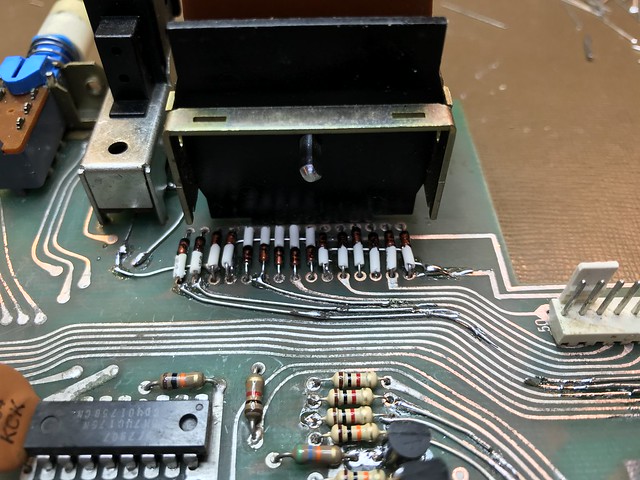 Here is the final result, recapped as well: 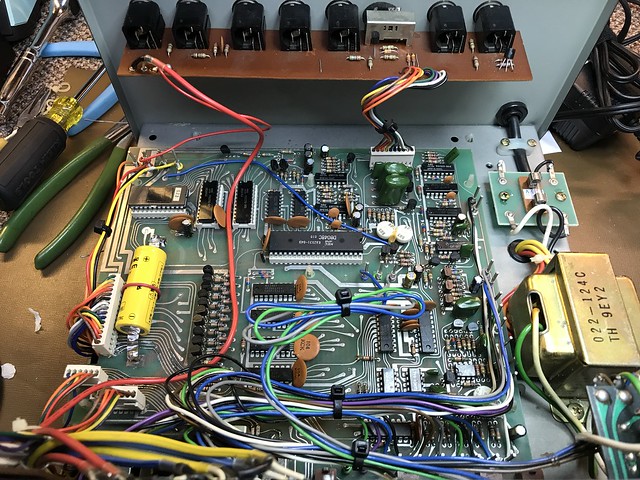 And the bottom/power supply, re-capped: 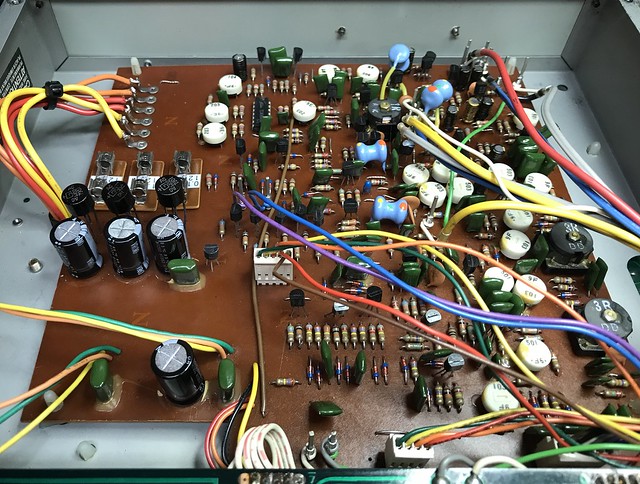 Almost every cap I pulled out of this machine was bad. I can't vouch for its accuracy other than trust, but I used a Peak meter to read the caps and just about all of them were reading severely low.

Now the last part is the one preset not working. I keep finding myself in a probe loop, coming back around to the same places based on the schematics.

I went back through and checked continuity, checked that I didn't bridge anything....

This is where I'm seeing the lowest reading on the scope: 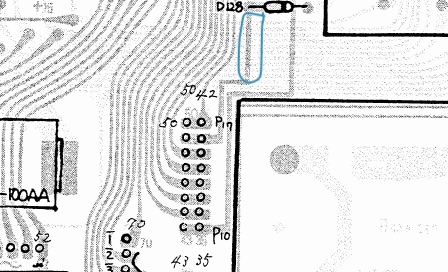 Which then translates to this: 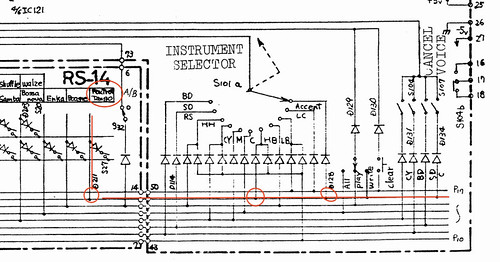 So at this point, this seems to be my "problem" area but I can't seem to figure out where this preset originates from other than the ROM and the CPU... it's the only one not working, like dead silence... but the tempo LED keeps flashing.
I like vintage synths....
Top
Post Reply
1 post • Page 1 of 1