note, I did say 'arguably'


note, I did say 'arguably'

Yes you did and I love these discussions. They inspire me and so did you.

age 4: sound fx for laser weapons in star wars [not r2d2].
age 8: queen's soundtrack for flash gordon. [for the same reason as above]
age 8: upstairs at eric's [great songs]
age 9: dare! [that's the first time i realised that what i like actually is the synthetic sound]

not much has changed since then...

I was 7 in 1982 when my brother figured out how to "borrow" cable TV from the neighbors. I watched MTV non-stop and became fascinated with the synthesizer. Gary Numan and Kraftwerk in particular. But I was into metal (thanks to the same brother) and hip-hop. In high school I got turned onto fusion and Tangerine Dream. A lot of indie rock in the '90s had analogs on it (Folk Implosion, The Rentals, etc.) My college roommates made trip-hop and drum & bass. It's amazing it took until 2003 when someone loaned me Reason 1.0 for me to realize that even I could make electronic music. Five years later I'm still at it.
http://facebook.com/greatunwashedluminaries
ANALOG SYNTHESIZERS + EFFECTS + COMPUTERS
Top

Hearing Paul Hardcastle's 19 back in the 1980s and then seeing him demonstrate sampling - with an Emulator, I seem to remember - on a TV show. I don't think it was sampling per se that grabbed me, but rather the idea that a keyboard could be responsible for so many noises.
Top

Hearing Paul Hardcastle's 19 back in the 1980s and then seeing him demonstrate sampling - with an Emulator, I seem to remember - on a TV show. I don't think it was sampling per se that grabbed me, but rather the idea that a keyboard could be responsible for so many noises.
Top

bluedad wrote:Daily Nightly by the Monkees .., featured what is arguably the earliest synth appearance on a pop/rock record. The blips and gurgles from the Moog Modular held quite a fascination for me..

Then there's the Theremin on some early stuff (Beach Boys) and I'm not sure, but I believe Lothar & The Hand People predate too.

The Doctor Who theme was scored in about 1963 (does that count?)


Now just hold on a minute or two!

Other Moog albums recorded in 1967 were Beaver & Krause's The Nonesuch Guide to Electronic Music and Perrey & Kingsley's Kaleidoscopic vibrations: spotlight on the Moog.

EDIT: Pauline Oliveros and John Eaton's earliest recordings made with the original Buchla 100 modular synth and Synket respectively predate the above ones by a year or so. Although far from pop/rock, Oliveros' "Beautiful Soop" and Eaton's "Concert Piece for SynKet and Symphony Orchestra" were recorded in 1966, and Eaton's first live performance with the Synket (SYNthesizer KEToff) took place as early as in april 1965.
Last edited by Micke on Sun Jun 01, 2008 10:51 pm, edited 2 times in total.
"The (Yamaha) CS-80 is a step ahead in keyboard control, and a generation behind in digital control" -- Dan Wyman, Jan 1979
Top

That and I'd hardly consider the Silver Apples a popular Pop/Rock band. 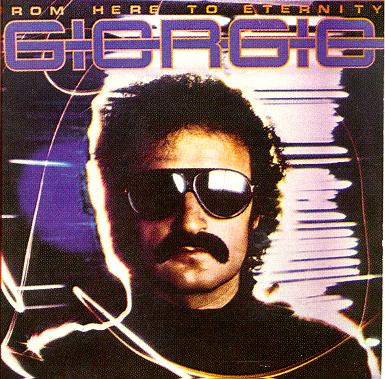 Quote of the year!

I wasn't even kidding

It's the quote of my life.

It may appear strange to some. In my case, i discovered techno when i was in a shitty period of my life and made me look forward to hearing more new things.

Doesn't appear strange to me. I love TECHNO! :cheers:
Top

hfinn wrote:That and I'd hardly consider the Silver Apples a popular Pop/Rock band.

True, but they were 'out there'. They were pioneers in using some form of electronica in pop music. They may not have had the same following as say the Beach Boys, but I wanted to give them credit where credit was due. Maybe the acid heads got into them, being it was the 60s.

Have you heard them? No exactly easy listening music, but definatley interesting in it's context.

Phollop Willing PA wrote:Have you heard them? No exactly easy listening music, but definatley interesting in it's context.

Yeah, I have all their albums. Great stuff.
http://www.heathfinnie.com
http://thesecretlifeofdaytime.blogspot.com/
Top

Changed my life, still influencing me. Hit me at a young age, then was forgotten and latent for years. Got sidetracked by electric guitar, rock, metal, girls. Then it was awakened many years later by:

And now fully owns me.

There are so many more, but those two are the BIG ONES, separated by about 7 years of my life.
"Asteroids do not concern me."
Top
Post Reply
113 posts