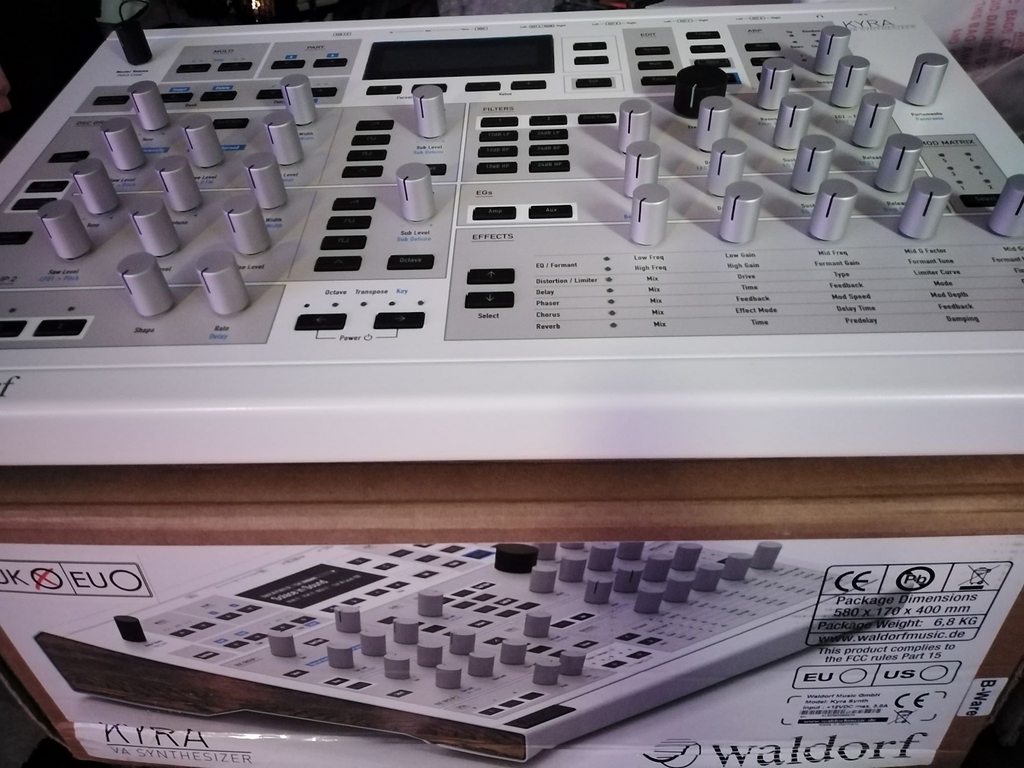 Looks very nice! Is it in any way like other Waldorf synths, or is it quite different (I see the bought it off Exodus Digital)

madtheory wrote: ↑
Sun Sep 29, 2019 8:26 pm
Looks very nice! Is it in any way like other Waldorf synths, or is it quite different (I see the bought it off Exodus Digital)

Looking forward to your demos!

It sounds between a Virus and a Waldorf Q IMO. There's a dedicated Hypersaw mode which sounds absolutely massive then you have your Wave modes. There's video game wavetables too which sound like old Atari sounds.
The synth has 128 poly, also...

The algorithm used to decide how to deal with a request to play more notes (voices) than supported by a synthesizer. The algorithm used by Kyra within a Part is to steal (reas- sign) the oldest (longest-playing) note from a Part when a request to play a 33rd note arrives (each Part can support up to 32 notes, subject to a system total of 128). There is no voice stealing between Parts and if the overall limit of 128 is exceeded, further note play requests are ignored.

rob_lee wrote: ↑
Sun Sep 29, 2019 7:01 pm
I'm currently doing some factory sound design on the new Waldorf Kyra. Iv'e had this one (end release product) for 3 days now. It is absolutely fantastic. I'll post some sound examples over the coming weeks.

Please do. I remember the early video demos of this thing were extremely weak sounding, leaving a rather poor impression of the engine, so it'll be good to hear what it can do....
mu:zines | music magazine archive
difficultAudio | RetroSound MK100 for Kontakt
Top

yeah, a lot of the demos out now are still like thin and digital.
Top

Thanks to renewed interest in FM and wavetables, thin digital is the new phat analog