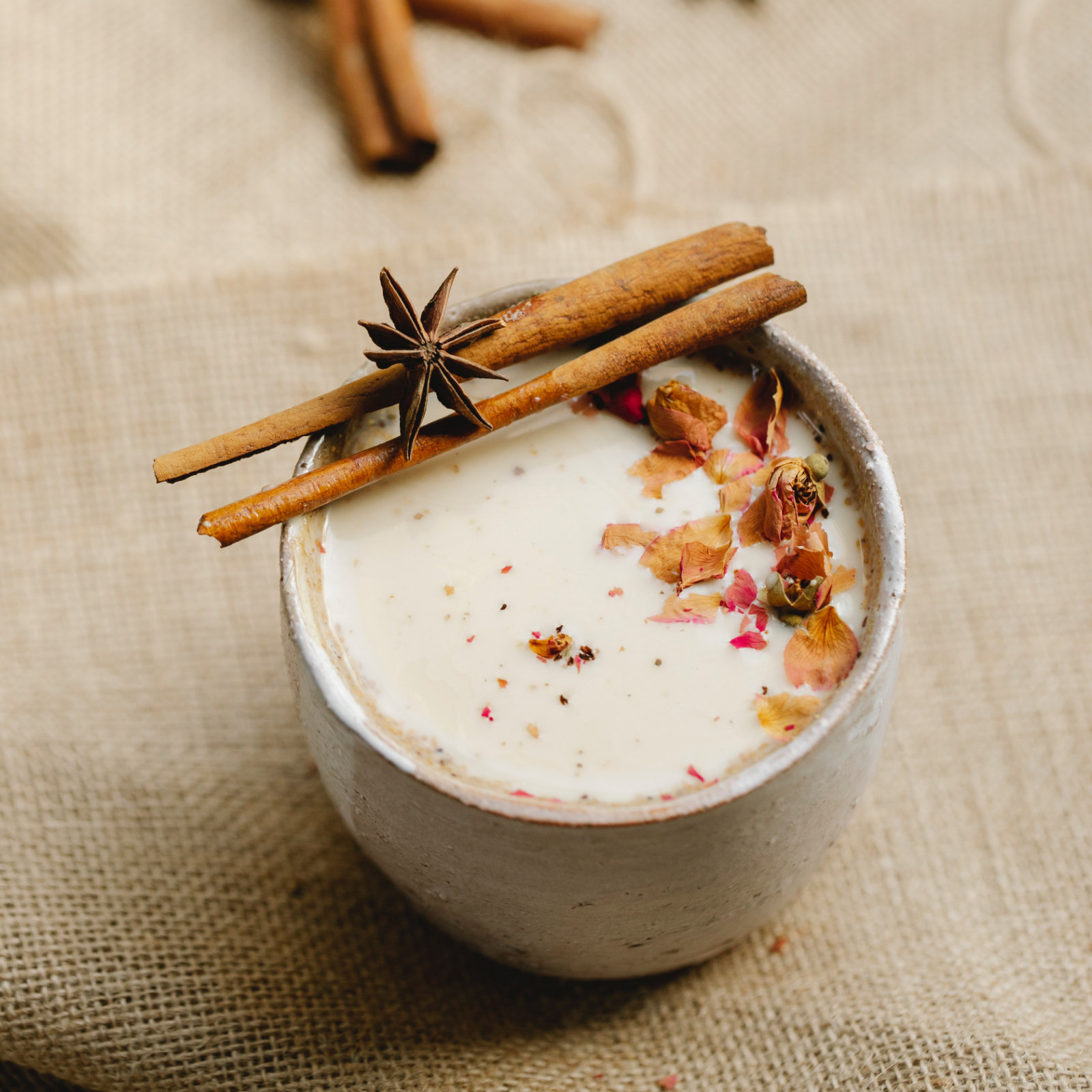 There are no events to go to these days. One of the things, many of us are missing dearly. As a quantum of solace one finds online events from time to time. Which is nice, but no real replacement for meeting up with friends in sound. Oh, I do enjoy such sessions, as they give at least a little hope. And the music always is great, too. What I did not see, yet, is an event like coming up on March 26th to 28th with the SynthFest. A three day online event with artists from all over the world. Well, barely possible as live event at an offline event (okay, "offline" sounds a bit off...) here you will be able to listen to some dozen artists playing live. And it's free as well, as far as I can see. What is stopping you? I hope nothing. Well, if you cannot wait that long, join me for an hour of fantastic music tonight with maxxess (Reactivate), Ivan Black (Puzzle), René van der Wouden (A Night at the Manor), Sylvain Carel (Atlantide), and Steve Roach (Into the Majestic). 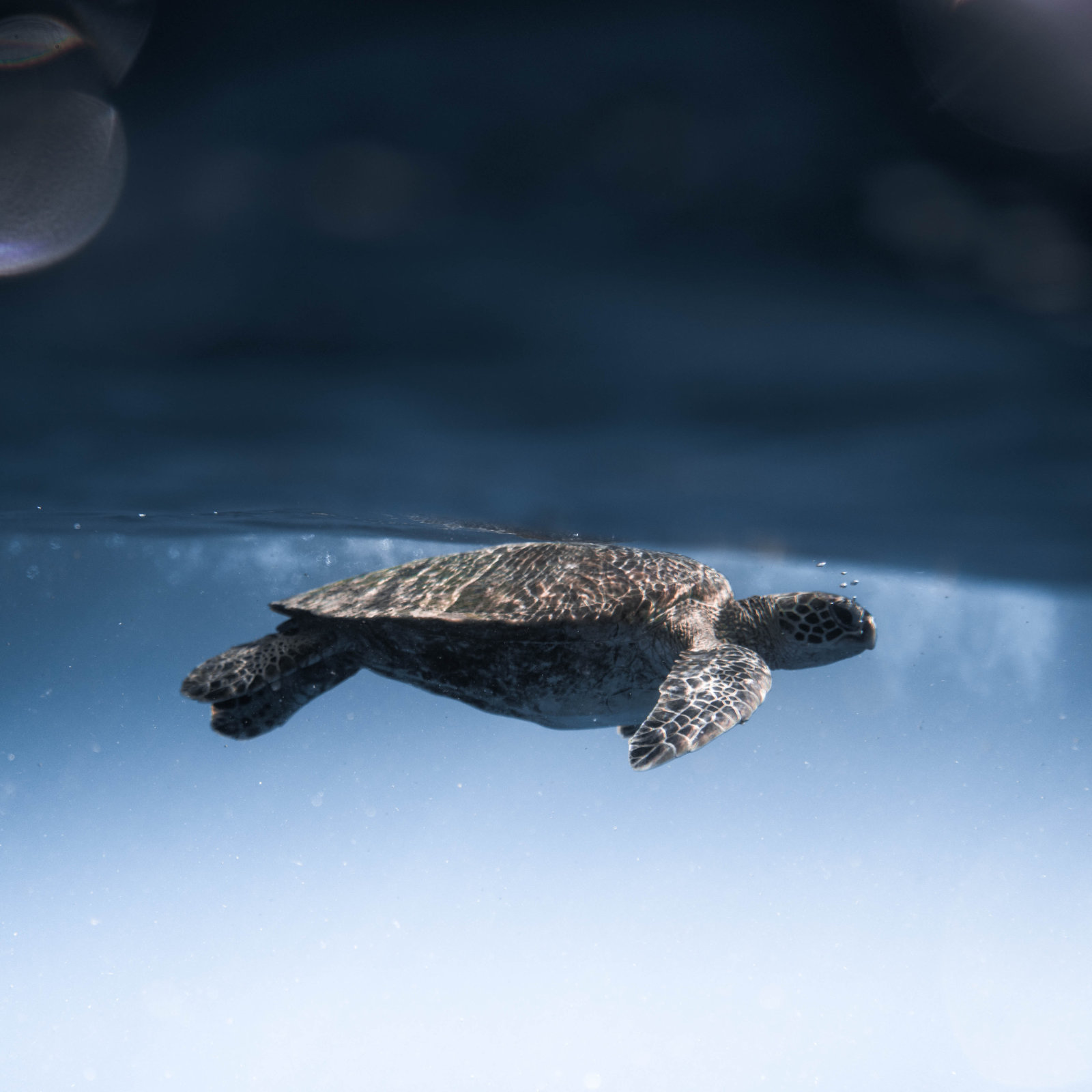 Does one have a reason for a serene hour? Well, I don't. And there is none. Except, maybe, that I need more sleep. But ambient music not necessarily means to fall asleep listening. On the contrary, some ambient tracks are such beauties and have so wonderful details that you tend to listen more closely. Even better, if on the second and third listen you spot more details and pieces of wonder in a track. It's like watching a painting where you find those little interesting strokes the longer you look. And that's what makes the tracks of this edition special as well. Simply jump to your favorite spot to relax and listen in to music by Der Waldläufer (Aurora), Nicholas Gunn (Sound Condition), Time Away (Age of Ice), Biome Tides (Essence), jarguna (A Peaceful Granular Day), Parallel Worlds (MOA1202), Daniel Blomqvist (The Comfort of Stars), Volker Lankow (Am Tiefen See), TaboTago (Live at Zionskirche Berlin).

Hovering in harmony at
https://www.syndae.de/episodes/940-episode-562 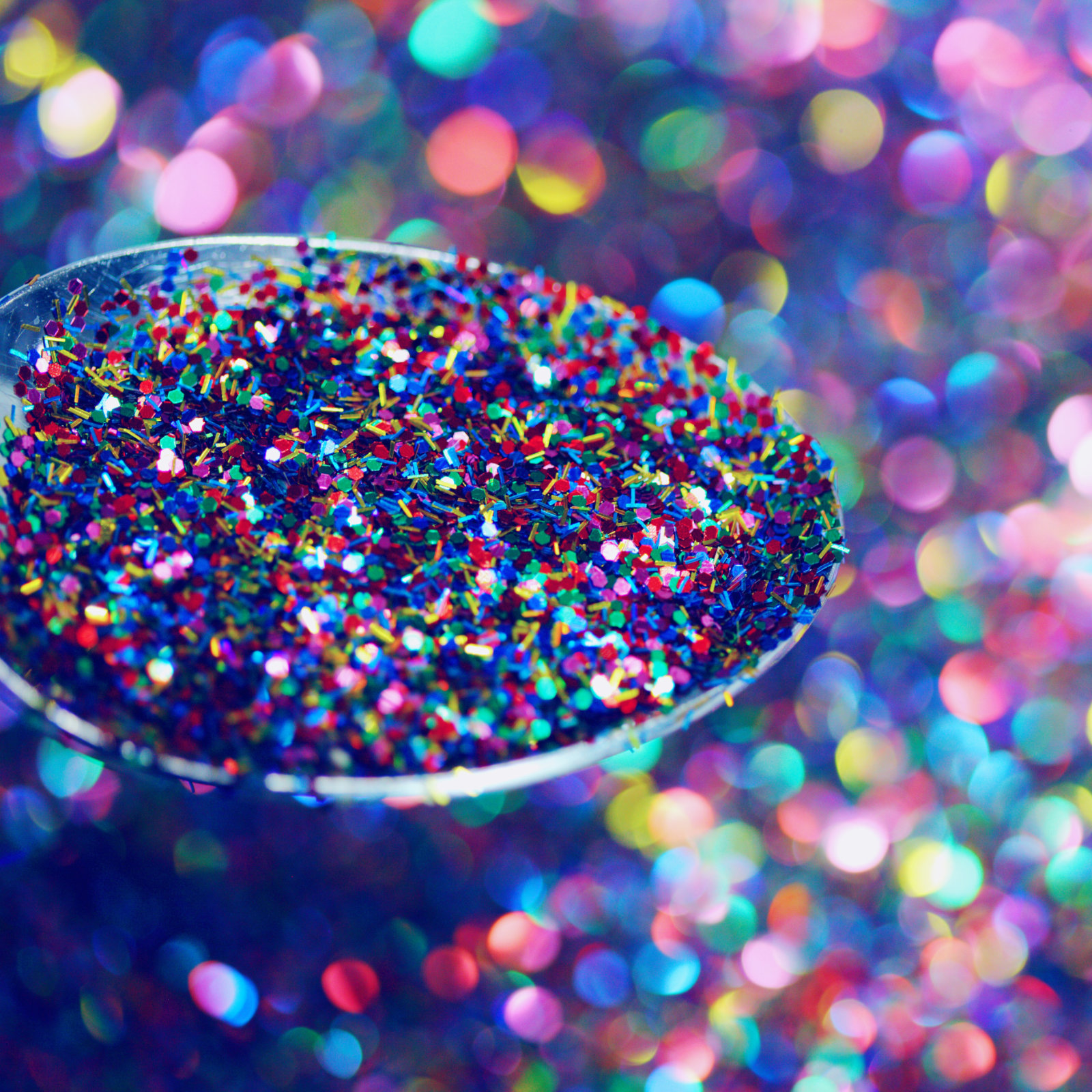 The hot topic of the past week obviously has been some interview by an American host with British folks. I only got this from some late shows, where they picked some funny and scandalous moments of it. Including a count of the "what"s of the host. And, of course, they showed some of the (unbelievable) reactions from other media. It made me wonder, why people are so interested in scandals of other people. On the other hand, this shows how colourful life and people's minds are. Which also shows in musical taste, where you can barely count the number of styles out there, and each of those has a fandom. So, by listening to syndae, you do out yourself for being a fan of ambient and electronic music. Luckily, the music varies in style quite often, so you can get a decent range of aural colours. Like with tonight's edition, which does not stick to one style only with contributions by Blackmore's Night (Nature's Light), maxxess (Reactivate), Survey Channel (Silent Graphs), FM.tronica and Stockmans & Fiesel (Mars Perseverance), niteffect (take your pills), Information Ghetto (Magnetic Position), Mitoma & Weldroid (MXW Magnetic), Ivan Black (Puzzle), Poolz (Cause, if You Could), Stefan Erbe (Serbenity). 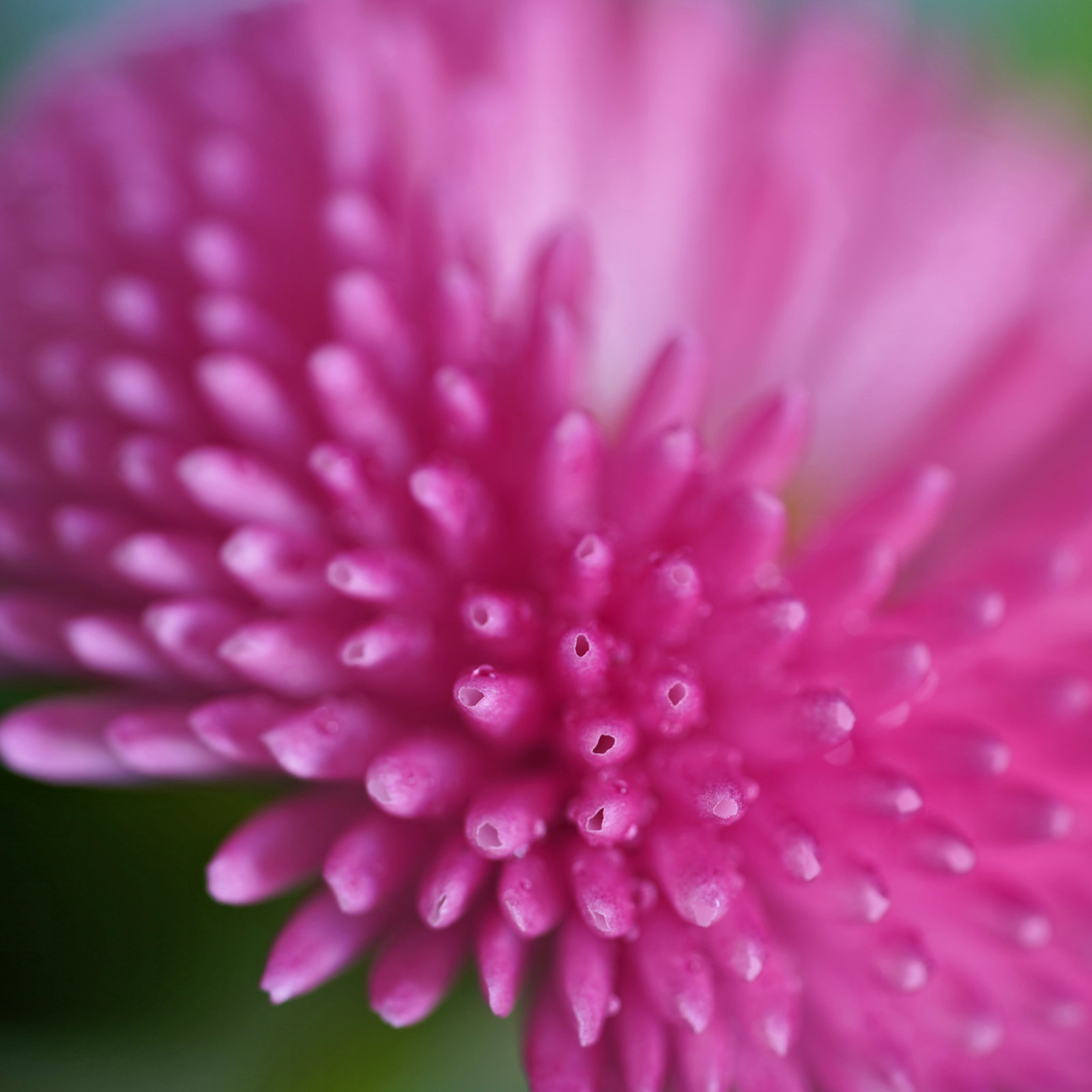 Take it easy, my dear friends in sound. Anything noteworthy this week? Nothing really exciting happening around my place recently. Only the usual crazy stuff on the news all week long. But this is not the place to discuss politics. Not that I am unpolitical, neither am I very political. But this is the place for fun and joy, to relish beautiful scapes and rhythms. Nearly a place for well-being, if you like. And tonight's show celebrates it with wonderful and easy going tracks by Jonny Lipford (Balance), Oliva (Wonder World), Lisa Hilton (More Than Another Day), Brian Fechino (Of the Light), Samir Bodhi (Stairway to Nirvana), Jon Durant (Soul of a River), Eric Bikales (Mandala), Eagle (Synth. Music) (The Dark Side of the Sun), Lisa Bella Donna (The World She Wanted).

The bright side of sounds at
https://www.syndae.de/episodes/942-episode-564 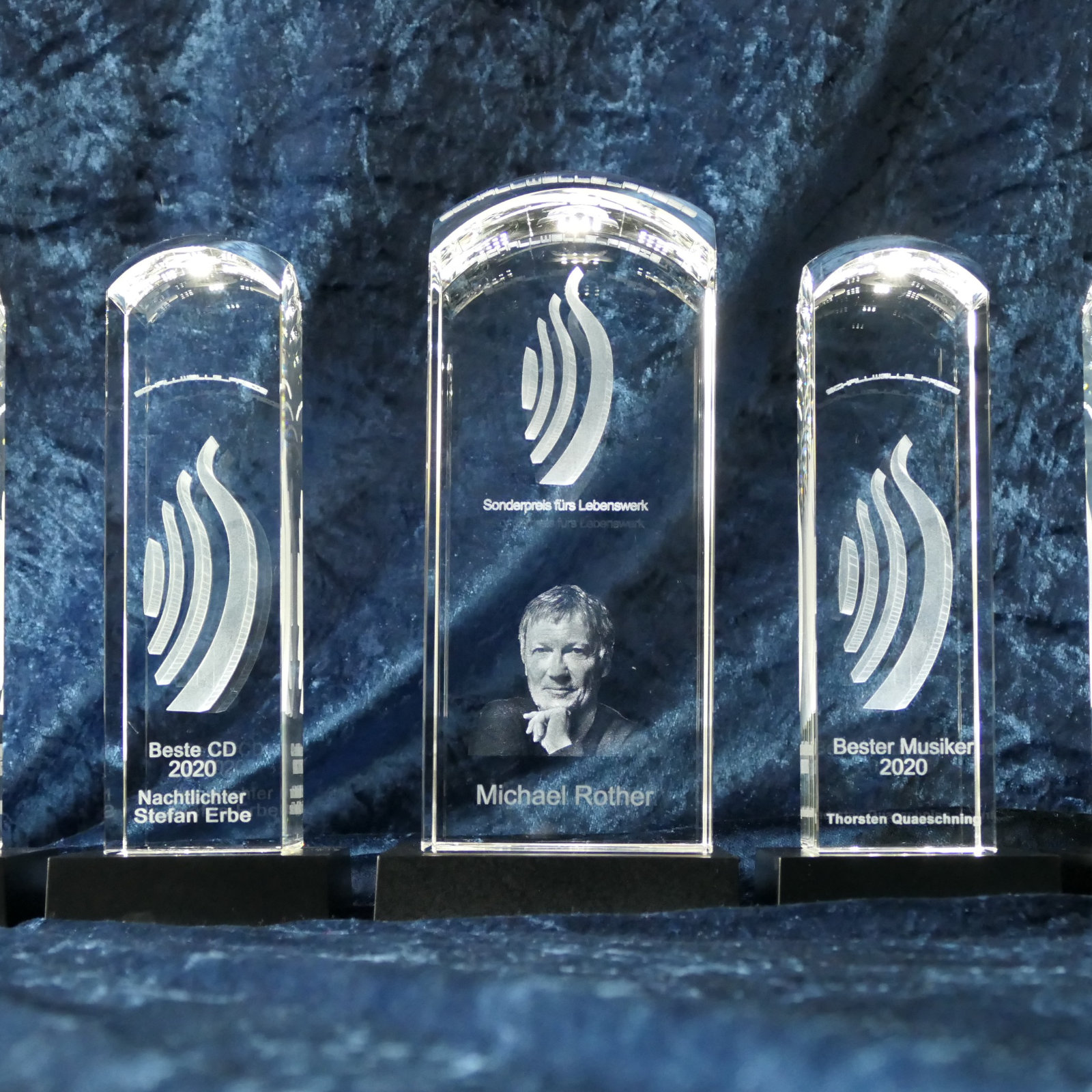 Only half a year later of the birth of syndae, the Schallwelle award saw its light, which is the German price on electronic music of the kind you can listen to on syndae. While it is a small event, it still is much appreciated by artists, who are celebrated for their achievements of the passed year. Since 2020 was the year of the pandemic, many concerts were cancelled and some took place virtual. But still, lots of musicians put their heart and work into new music to delight each of us with fresh sounds. Fittingly, and as we are still in the pandemic, the award ceremonies for the Schallwelle were presented online this year. And it is a really nice ceremony with concerts in between and it is free to watch, too. You will find a link below in the details section. So what's that to do with syndae? Well, tonight you will get to listen to music from the winners of the awards, who are Michael Rother (Dreaming), Stefan Erbe (Nachtlichter), Thorsten Quaeschning (Autokino Session), moogie183, Däcker (Pareidolia).

The winners show up at
https://www.syndae.de/episodes/943-episode-565 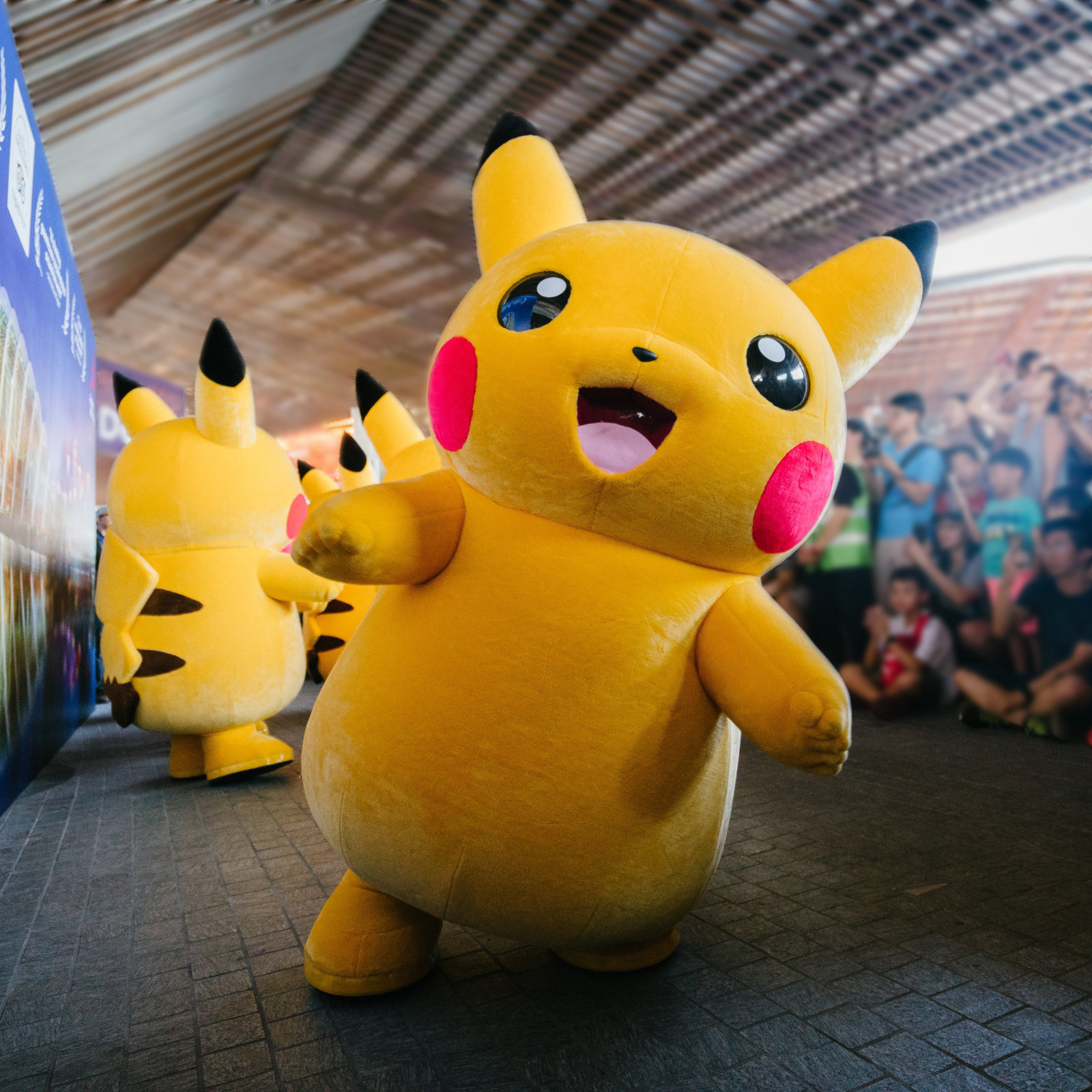 Japan is a very interesting country with a long history in culture and tradition. One may sometimes wonder how trends are born, but they are usually quite unique to the rest of the world. One of their traditions is about how they worshipped gods. As a special feature tonight, you will get a six-pack of tracks from the new Legacy of Thought compilation Seven Lucky Gods, which is on a special group of Japanese gods: the Seven Lucky ones. Well, when compiling music for the remainder of the show, it really became an easter special edition with albums all but one released right today on April 2nd. Hence, enjoy brand new music by Ambient Indigo, Wane of Summer, Roberto Sass, XaVioN, Talking to Ghosts, and Time Away (Seven Lucky Gods), Sequential Dreams (Chrysalis), Stan Dart (Basilica), Holeg Spies & Jaia ft. Thierry Gotti (Rain), Steve Roach & Serena Gabriel (Temple of the Melting Dawn).

Fun in scape and sound at
https://www.syndae.de/episodes/944-episode-566 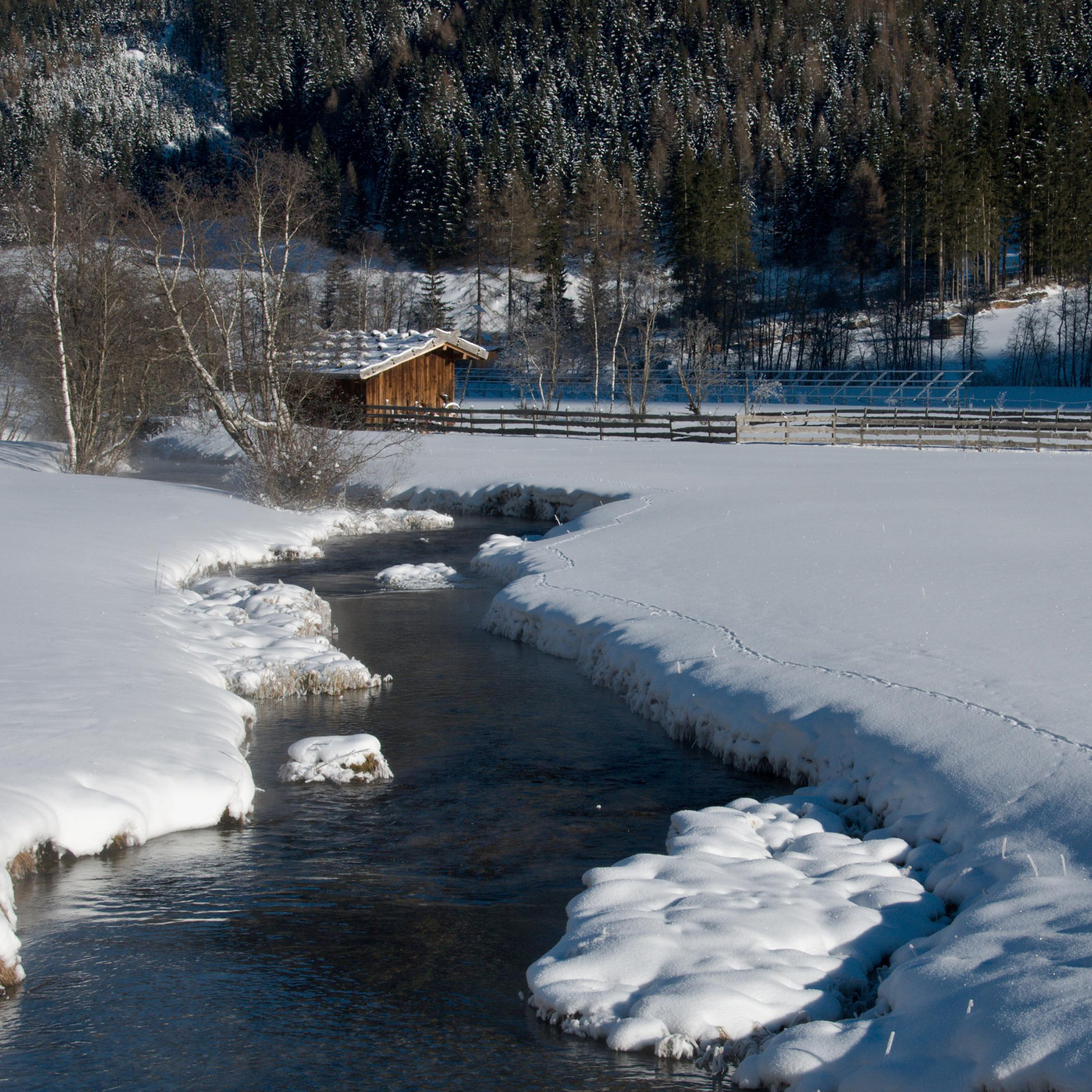 What a crazy week. After some fun with Seven Lucky Gods (and very nice feedback on the way), snowfall took us over easter and beyond. Fortunately, too warm for the flakes to stay, and we had a alternating mix with sunbeams over here at my place. Maybe a prolonged April joke? Who knows. Well, after such a strange and eventful week, I decided to unwrap my ambient box and pick some rather calm and less to no beat tracks for tonight. Not to a full success, but with amazing music, I can tell you. Also, over the weekend I checked out the video/radio show Some Good Vibes, which had some really inspiring tracks by artists I did not know before. Some of them on tonight's edition, some will definitely appear in later shows. Have fun joining me for some ambient to chill music by Vanyashi (Existence), Blue Is Nine (I Met a Traveler), Rudy Adrian (As Dusk Becomes Night), XaVioN & Anna B May (Afterlife), Carl Lord (Stillness), David Helpling (As the World Falls Away), drone-in-the-woods and Lethave Plank (Mars Perseverance), Sunplus (Clear Muted Sine Recovery), Wolfproject and Harald Nies (Midnight Radio Compilation 103). 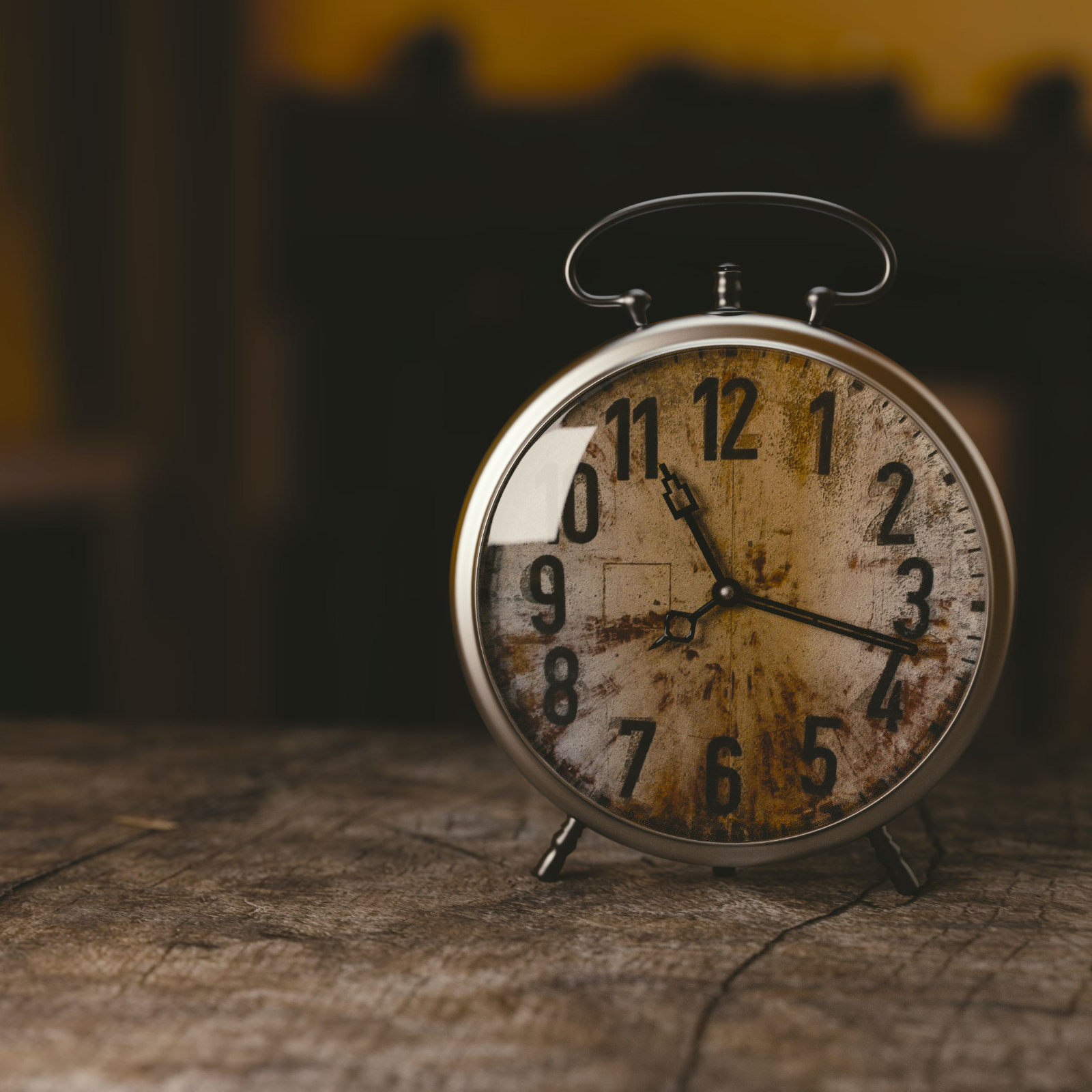 Isn't it ironic that time does not pass a clock? So it is ticking or clicking for month or years or decades and you can actually see the time aging, so to say. On the other hand, time never gets old and is still one of the things most important to people. I'd say this also counts for music, especially for electronic music. While styles and tracks age by the hour, they never actually get old. Berlin School, for example, was at its height in the seventies to the eighties. It was thrilling because it was new in itself. But it never lost its appeal to knowledgable listeners. And there is always room for new variants on this style, which let you discover more modern details and takes on the older ones. It may be new instruments or different nuances to arrangements, there is always something worth exploring. We will have ears on some modern takes on Berlin School and related styles with tonight's edition, featuring great music by Uwe Reckzeh (Electronic Music Compilation Vol. 13), DASK (Electron h**l), Syndromeda (The Path of Isolation), Howard Givens, Madhavi Devi, and Craig Padilla (Precipice of a Dream), moogie183, Klangzaun, Sequential Dreams (Chrysalis), TaboTago (Live at Zwinglikirche Berlin). 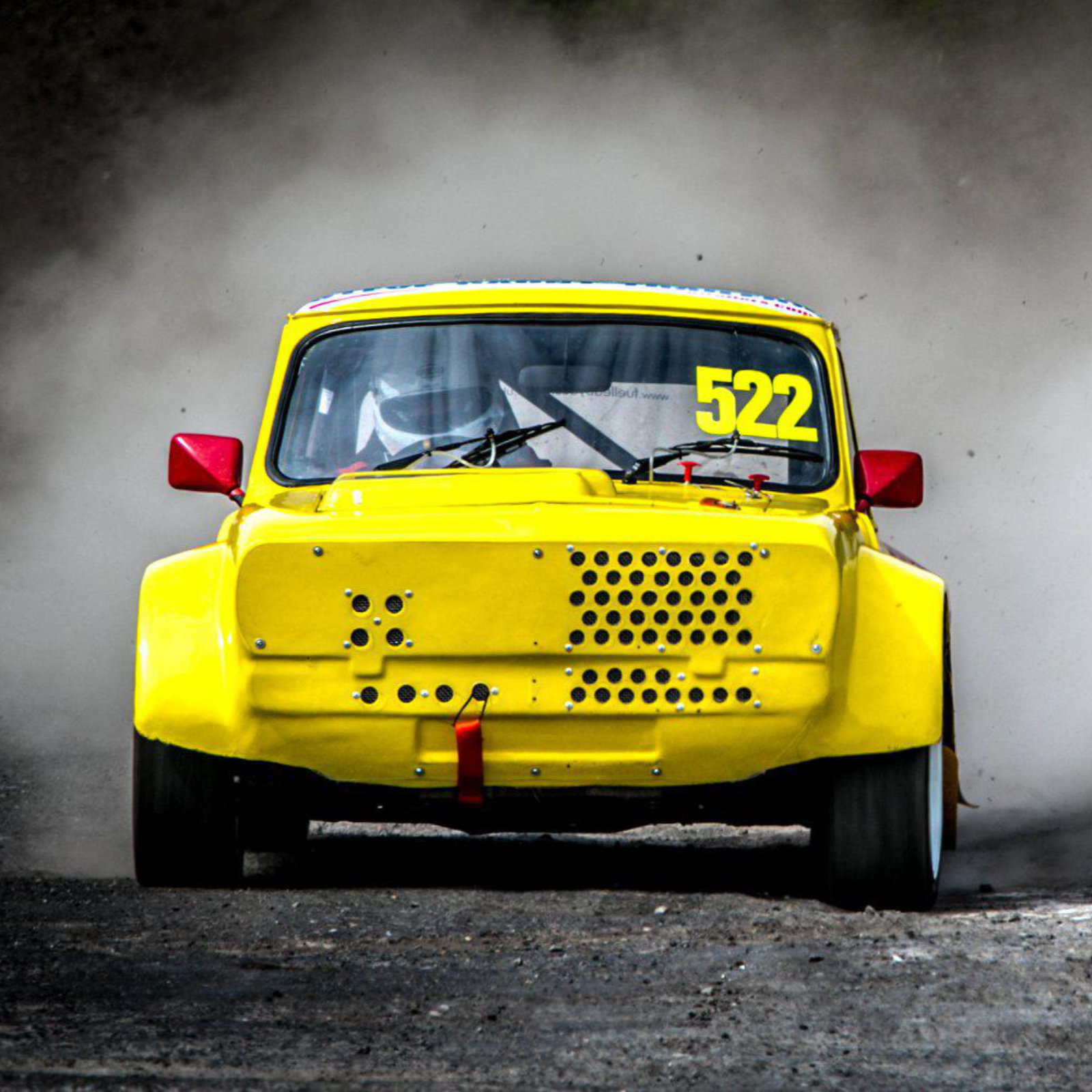 We are living in speedy times. Everyone is in a rush. Everything has to be done right away. And best to have what I want in a Zero-Day delivery (or am I mixing this up with exploit?). Well, for most music you hear on my show, you actually have zero-day delivery, as they are available as direct download. Many artists stopped producing physical albums, as they become to expensive with print and production and posting. So what is your preferred way for getting hold of music? Do you buy downloads? Do you require a CD or even Vinyl? Or do you not care to own it at all and stream away? Let me know in the comment sections on social or soundcloud or mixcloud. One thing I do know though, you love listening to podcasts. Like the one at your fingertip, which has great and more speedy music for you tonight by Stan Dart (Basilica - The Remix EP), Mabu + Chanty Schandtat (Midnight Radio Compilation 103), Caballero & Chan Solo (Digital Family Vol.9), Devalero (Tog), Blue Alchemy & Koorow (Lost Civilisation), CrennWiick & Latus (Pote 4), AudioNuts. 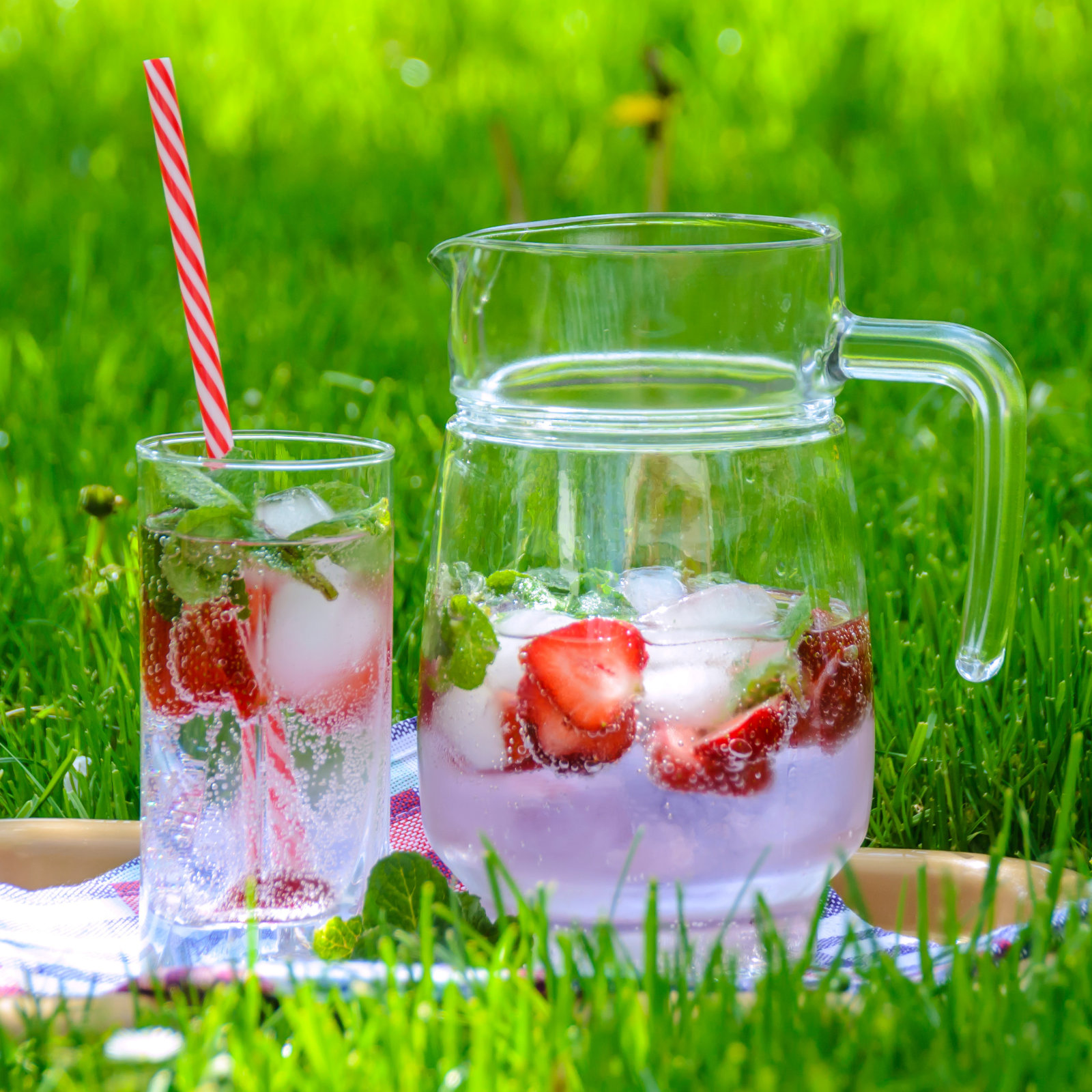 That's right. It's that time again. Lean back, take a drink, and enjoy some beautiful and relaxing tunes on this edition. You've earned it. I am sure you have. For a busy week. For a thrilling time. For meeting annoying people. For having to listen to dreadful music on the radio. For all those ads on TV. For simply not being able to listen to an episode of syndae for 7 days. Yes, I am sure, if you think about it, there was that pesky moment, where you rolled your eyes or palmed your face. Of maybe you simply had a great time. Then, you also earned to close the week with some fantastic music. Like the tracks you will find on this show given to tus by 8 Parallel ft. Riffi (Unity of Nature), MAJI (Healing Volume 1), Fiona Joy Hawkins & Rebecca Daniel (Heavenly Voices), Balmorhea (The Wind), AO Music (Kutumba), Jeff Johnson & Phil Keaggy (Ravenna), CG Deuter (Song of the Last Tree), Force For Good (Innocence), Jeff Greinke (Other Weather), Ivan Black (Ah! Sun-flower), IcingWolf (Goodbye).

The weekly happiness show at
https://www.syndae.de/episodes/948-episode-570 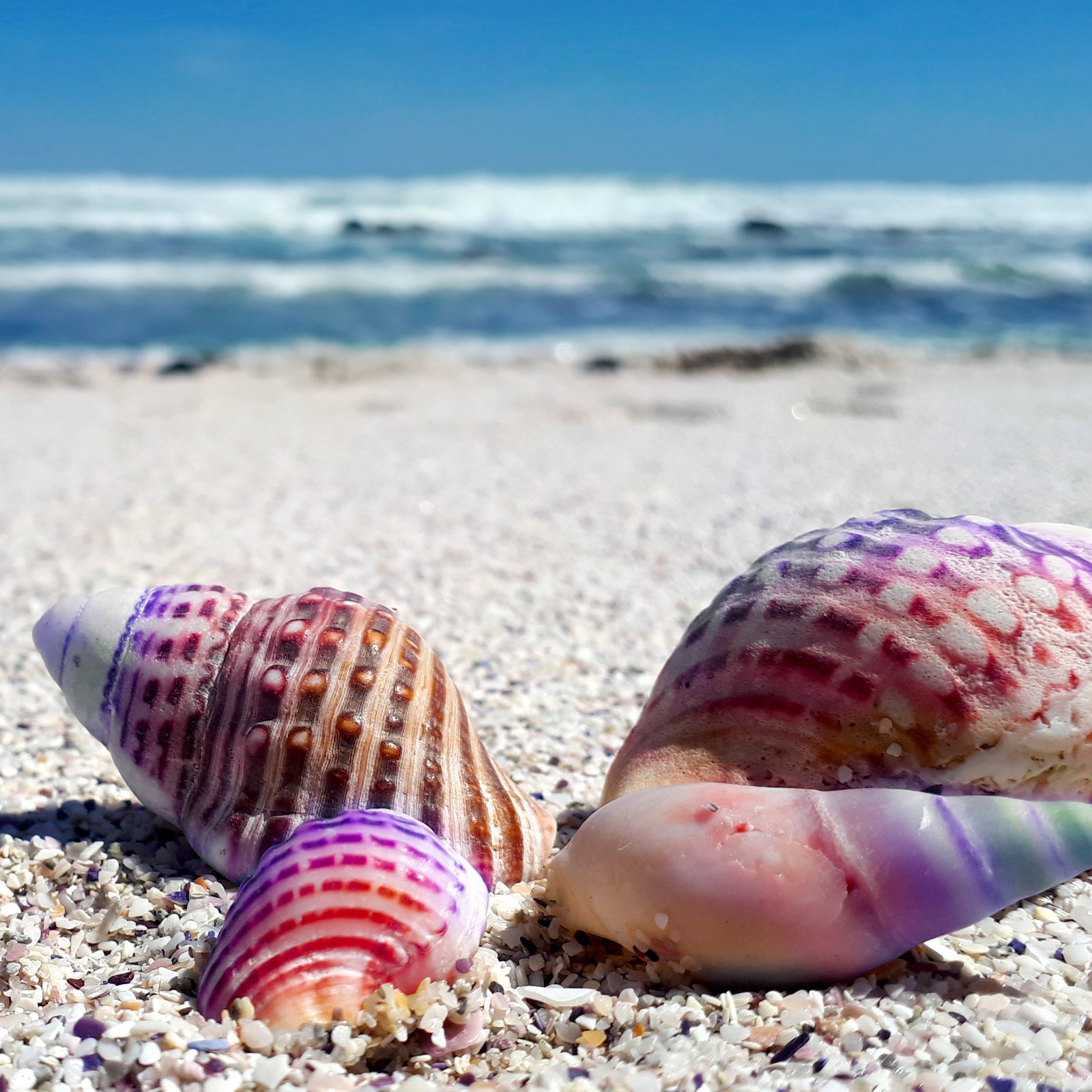 Life sometimes (or often?) has unexpected twists in its pocket, where your plans do not come true (Sorry, Hannibal). One of my plans was to stick with my job until the end of times. Well, it shall not be. Doing lots of job interviews for once is thrilling on the other side it is a bit exhausting. In the past two weeks I got to know quite a lot of new people in the business, and it really were great talks with great people. Still, there is a time where one needs to reflect and rest one's mind. Where am I aiming? Well, I needed something to ease my brain, cool it down, chill it out. Last week, it was very much on the easy side (some say it was too easy). This time, it's less easy but more chill. Have a fun and relaxing time with tracks by Bluetech & Steve Moore (Liminal Migration), M'elle Louise(Amedeo), Michael Whalen (Future Shock), David Wright (The Lost Colony), Humus Hummus (Made Of Elektroniks), Eonlake (Magic Window Session), Stan Dart (Basilica), Infinite Third (Living Moments Vol. 3).